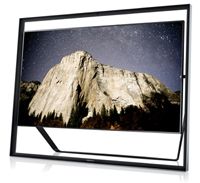 Samsung is set to launch more Ultra HD 4K TV sets, with 55in and 65in models joining the 85in S9 flagship in Korean shops next month.

The move will put Samsung in direct competition with Sony, which is set to launch its Bravia X9 4K TVs in the UK in June, at £4000 for the 55in and £6000 for the 65in – premium prices, but nowhere near the £35,000 price-tag on the Samsung S9, now available exclusively through Selfridges.

The new sets will feature the same Micro Dimming Ultimate LED illumination used in the S9, and Samsung's proprietary 4K upscaling engine, with auto-detection and scaling of both standard definition and Full HD TV signals.

There's no news yet about UK availability of the 55in and 65in Samsung models.

All you need to know about Ultra HD TV