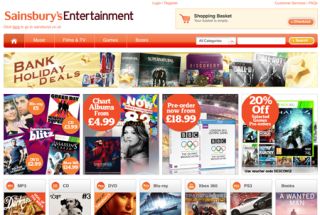 Supermarket giant Sainsbury's is going head-to-head with the likes of Netflix and LoveFilm by launching its own digital video-on-demand service, reports ertonline.co.uk.

Customers will get access to a library of films and TV shows, including new releases on the same day they're available on DVD and Blu-ray. They'll also be able to buy digital copies of film and TV titles.

Although the service will only be available online through Sainsbury's Entertainment to begin with, it is believed the intention is to expand it to smart TVs, Blu-ray players, smartphones and games consoles, says ERT. The service will be powered by the Rovi Entertainment Store.

“On-demand streaming video is an exciting addition to our existing online offerings, and supports our customers as they progress from consuming content on physical disc to accessing their favourite entertainment on a range of devices, where and when they choose,” says Sainsbury’s group development director Luke Jensen.