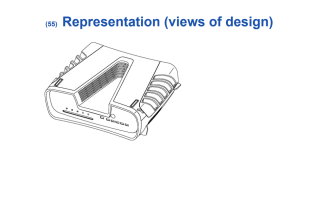 Depending on which leak you believe, the PS5 release date is either the 12th February 2020, or sometime in May. Or perhaps we'll even be kept waiting until next November. Nevertheless, we'd be lying if we said that with each passing day – and with each fresh leak – our excitement wasn't building.

Now, a patent's been leaked showing a Sony-registered device that most likely gives us our first glimpse of the PlayStation 5 console itself – and it's very different to the PS4 Pro.

The patent, which was registered as a Sony electronic device on 13th August, after an application back in May, shows a detailed diagram of a console-shaped machine with a distinctive V-shaped design – the Roman numeral for the number five. Touché, Sony.

The patent page was spotted by LetsGoDigital, and while we cannot locate the World Intellectual Property Office (WIPO) listing itself, the document appears authentic. Sony technical director Yusuhiro Ootori is listed on the patent as its designer, too.

On the diagram, you can see a number of USB ports and a larger round button above those, as well as a line of buttons for power, ejecting discs (there's a thin slot that's likely the disc drive) and other functions.

The design is almost shark-like, with aggressive ribbed sides and edges that look almost like gills. This could actually ring true: it may well be a necessary ventilation system, incorporated to handle the – fingers crossed – massive jump in power the PS5 makes over the current PlayStation.

As soon as we know more on the PS5, you will too. We're circling the waters, eyes open, teeth bared, senses tuned to updates...