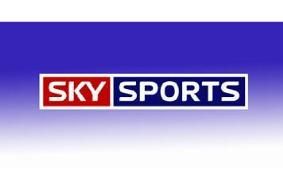 Back in March 2010, Ofcom told Sky it must cut the price it charged rival cable, terrestrial and internet broadcasters to show its premium sports channels. This led to Sky having to sell Sky Sports 1 and 2 for 23 per cent less than the then wholesale price, a move opposed by the Premier League.

However, earlier this evening the Competition Appeal Tribunal (CAT) ruled that Ofcom's concern about the way the satellite broadcaster sold its premium sports channels to its competitors was "unfounded".

Mr Justice Barling said in the judgment: "The tribunal has concluded that Ofcom's core competition concern is unfounded...

"The tribunal is of the view that Ofcom has, to a significant extent, misinterpreted the evidence of these negotiations, which does not support Ofcom's conclusion.

"We have found a significant number of Ofcom's pivotal findings of fact in the statement to be inconsistent with the evidence."

In response, BSkyB issued its own statement:

"We welcome the CAT's confirmation that Ofcom's competition concerns in relation to the wholesale supply of Sky Sports are unfounded and that, contrary to Ofcom's analysis, the evidence shows that Sky has engaged constructively with other distributors over the supply of its premium channels. This finding supports the argument that Sky has been making consistently over the last five years.

"We also welcome the CAT's conclusion that the existing commercial terms of supply, particularly in relation to Sky's wholesale rate card, do not obstruct fair and effective competition in the retailing of Sky Sports across platforms."

Ofcom said it was "surprised and disappointed" by the CAT's decision.