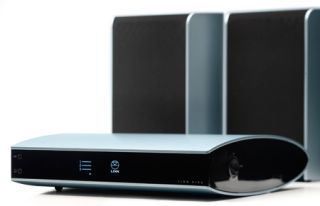 Over the past few weeks, it's been hard to avoid the new Linn Kiko system – it's been all over the various social media channels, Twittering and Facebooking like mad with promotions such as 'Name your favourite ten seconds of music'. What's more, those signed up for the company's e-mail newsletter have been fairly comprehensively bombarded with tantalising 'lifestyle' images and information about the set-up.

For me, Kiko solved a problem: having months ago requested a Linn Majik DS system for review in Gramophone, I'd been a bit baffled why the company said yes fairly rapidly, but seemed to be having some problems actually coming up with the hardware. With the arrival of the new system, all became clear – the company had wanted me to have a Kiko system all along, and had been fending me off until it was available.

So I've now had a Kiko system at home for a few weeks, and have been getting to grips with what it's all about and what it can and can't do – time, then, to give some initial 'hands on' impressions.

A spot of 'new readers start here': the Linn Kiko comes as a complete £2500 system, comprising a Kiko DS player and a pair of Kiko speakers, a remote handset and all the cables you'll need to hook it up.

The speakers are driven actively, with a digital crossover and two amplifiers per channel inside the main unit, the connection between that and the speakers being via chunky cables terminated in twist-to-lock four-pole Neutrik Speakon plugs.

In addition to the streaming connection, which is Ethernet-only – as Linn says this is both more reliable and sounds better –, the compact Kiko DS has analogue inputs (one set of RCA phono sockets on the rear and a 3.5mm stereo on the front), optical and electrical digital inputs, and three HDMI inputs for audio, with video passthrough to an HDMI monitor out.

It's small, as the 'lifestyle' pictures make clearer than do the main product shots – that main unit is just 28cm wide, and the speakers stand 26cm tall – but decidedly chunky, thanks to high-quality metal casework available in a choice of six finishes. You can have black or white, silver, champagne, or light or dark blue.

Oh, and you can wall-hang the speakers using their built-in key-plates, and use the main unit either in horizontal configuration or, as in the 'study' shot above, vertically. Haven't spotted the Linn system yet among the books? Here's a close-up – and yes, the display re-orients itself to suit vertical operation.

Mind you, that display isn't exactly comprehensive: it shows a Linn logo on fire-up, pictograms for the various inputs, and a numerical read-out when you change volume, but that's about it. That, and the complete lack of controls on the unit itself save a power rocker on the righthand end-panel, gives an initial impression that the Kiko is going to be a bit tricky to use.

In fact, as is also clear from the lifestyle pictures, this is a system designed to be operated over a network from a computer, tablet or phone, using Linn's Kinsky software to access music stored on a PC or NAS drive, or directly from a device running the Songcast software (left).

Rather like other similar solutions – Apple's AirPlay, for example –, Songcast allows you to designate Kiko as the speaker system for your computer or handheld device, and simply play to it from whatever you're watching or listening to on that device.

In other words, while Linn isn't saying this is an AirPlay device, it'll do everything AirPlay will – just differently. With Kiko connected via Ethernet to your network Wi-Fi router, devices can play to it wirelessly.

However, the preferred mode of connection for computers and NAS devices is via a dedicated router switch for music, with the system and the source components connected to that, and an Ethernet cable to your main router allowing them to access the internet when required.

Linn made this point clear in the set-up it sent for review: as well as the Kiko system itself, which comes in a single box carrying the suggestion 'Just listen', it supplied a second package containing a laptop, an iPad, a router switch and a whole bunch of Ethernet cables.

The separate switch route makes sense, in that it keeps the music away from other loads on your home network, and a suitable switch needn't cost much: the one I use is an eight-port Netgear GS108 (above), which is around £35-£40 online, while you could also use the slightly less industrial-looking GS608 and save yourself a tenner or so.

Linn retailers will of course offer an installation service for Kiko systems, as they do for all the company's products, but part of the software suite available from the company is a new installation 'Wizard', able to walk you through the set-up of the product from unpacking to streaming your first music.

Load the wizard on your computer and you can choose which Linn system you want to install (as well as the Kiko it'll help set up Majik, Akurate and Klimax DSM models), then be presented with a checklist of what's in the box, and what else you'll need…

… how to put the button-cell batteries in the remote…

… how to connect the cables to the speakers…

… and to the system…

… then how the system checks you have connections correct (it plays music through both speakers, then left, then right)…

… and finally how to connect to your network

Then the Wizard will detect the Kiko on your network, let you name it – 'Main Room' is the default – and stream some music to it to check all is well.

Beyond that you can go into detail set-up, including choosing internet radio stations and so on, identifying libraries of music on your network, choosing which system you want to play music to – on my set-up I could select the 'Main Room' Kiko, my Naim NDX in my main system or the NaimUniti in the kitchen, but it could just as well be multiple Kikos in different rooms, and so on.

Once you get your head around the Kinsky interface (above) – or just use Songcast – operation of the Kiko is instinctive, and provided you don't mind having your computer on, or a portable device (iOS or Android) to hand, it soon becomes a pleasure to either set-up playlists or simply play a track or album.

So, the $64,000 – or at least £2500 – question is how well the Kiko performs, and I'm going to leave the definitive verdict on that one for the full WHFSV test, coming soon to a magazine near you. For now it's enough to say that, with the fairly classical-heavy diet I've been feeding it – I am reviewing it for Gramophone, after all – the system has sounded warm, involving and above all pretty exciting.

Yes, it helps if you crank the level up a bit and get the drivers working – despite a modest-on-paper 33W per channel, it'll go plenty loud enough to fill decent-sized rooms without any signs of running out of puff – if you want the initially polite sound to open up and start showing what it can do. But whether with simple – but demanding – solo instrumental music or large-scale orchestral works, the Linn sounds to these ears very enjoyable.

It goes without saying that it will handle everything from low-bitrate MP3s right through to 192kHz/24-bit files – after all, the Linn Records site is crammed with these Studio Master recordings, from its own label and beyond – and while it sounds more than acceptable with the low-res stuff, whether from downloaded files or internet radio, it really comes into its own when you play higher-resolution music and give that active (or Aktive) speaker system a chance to breathe.

The sum-up, based on a couple of weeks' hands-on use, is that I reckon Linn has a winner on its hands. As I said, those lifestyle pictures suggest the market it's targeting with Kiko, and my experience so far suggests Linn's little system has both the style and the performance to succeed.