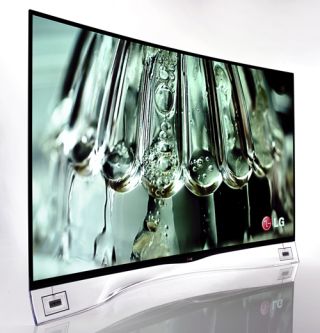 LG appears to have slashed the price of its curved 55in OLED TV – which we're currently giving away as a competition prize – by a whopping £3000.

This brings the LG 55EA980W, which has been on sale since September at £8000, down to a (slightly) more affordable £4999. Richer Sounds is already advertising it online at the new price, as are other retailers such as John Lewis and Crampton & Moore.

We have already reviewed the LG 55EA980W at its launch price, and gave it four stars. We were impressed by its stunning black levels, punchy highlights and a natural touch with colours, but worried about its lack of 4K compatibility.

Arch-rival Samsung, meanwhile, still seems to be selling its 55in curved OLED model, the KE555S9C, at its original price of £7000. It will be interesting to see if it follows LG's lead and cuts the price too. We have a strong hunch it might.

Earlier today both Korean companies claimed they would be launching the "world's first" 105in curved Ultra HD 4K LCD/LED TVs at CES 2014 in January.