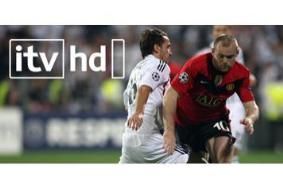 The addition of ITV1 HD from April means viewers with Sky+ HD or Virgin Media's V+ service will be able to watch World Cup matches live in HD, as well as other big ITV shows such as Law and Order: UK, The Prisoner, Foyles War, Lewis, Survival with Ray Mears and Britain's Got Talent.

Some of ITV's HD content will also be available on demand via the ITV Net Player on Virgin.

For Sky, the ITV1 HD deal is part of the satellite broadcasters ambitious plans to reach its target of 50 high-definition channels by this Christmas.

Hilary Perchard, Sky's director of product management, says: "While other TV platforms are only now recognising the growing demand for HD, we're excited to extend our leadership even further and look forward to reaching our next milestone, of 50 HD channels, by Christmas."

And on April 29th there'll be even more joy for sports fans with the introduction of Sky Sports HD 4. This will allow Sky to increase even further its live sport coverage in high-definition, with the schedule including The Ryder Cup, The Ashes, Barclays Premier League, UEFA Champions League, Heineken Cup, Guinness Premiership rugby and US Open tennis.

The third new HD channel coming to Sky is Hallmark Channel HD, bringing the total number of high-definition channels it currently broadcasts to 40.

Hallmark Channel HD wil showcase a range of its most popular titles including Law & Order: Special Victims Unit, Law & Order: Criminal Intent and Without a Trace. It will join the Sky platform on June 28th.