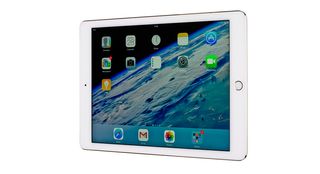 To put that into perspective, Apple launched the original iPad in the UK on 28th May 2010 - just five years ago.

Even one in ten toddlers (3-4 years old) have access to a tablet to keep them entertained.

Kate Reeve, director of consumer research at Ofcom, says: "In just five years, tablets have become a must-have device for millions of UK households. We're using them to catch up with the news, watch our favourite soaps and keep the kids entertained."

Although 15% of adults use tablets to play games such as Angry Birds, Halo or Candy Crush, mobile phones remain the most popular device for portable gaming.

And not surprisingly, apps are key part of the tablet experience, with 86% of adults using them when online on their tablet. News apps are among the most popular, with 48% of users getting their news via an app rather than a desktop website.

However, it seems most of us prefer to use our tablets at home or work, with only 15% of us using our tablets when we are out and about.