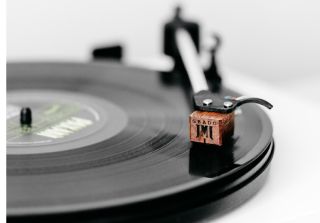 Grado might be best known for its headphones, but the firm also makes phono cartridges for record players - in fact, that's how its started out some 70-odd years ago. Now it has released the Statement 2, the finest cartridge, the company claims, it has ever made.

Unlike its original cartridges, the Statement 2 is an iron model rather than a pure moving-coil desgn. Grado claims to have spent more than two years minutely analysing and upgrading every design parameter of its flagship cartridge. The result is the Statement 2.

So what's so special about it? Well, it's handmade (in the USA) and features a bespoke nude diamond stylus. This stylus has been "precision cut to meet Grado's exacting specifications" and is mounted on a boron cantilever.

Its low-resonance body is carved from Australian Jarrah hardwood (a wood renowned for its versatility) and houses four reconfigured fixed coils. This creates a precision-machined generating system with a mass that's lower than any moving-coil cartridge. Because of its optimised mass distribution,the Statement 2 is, claims Grado, one of the world's most stable-tracking phono cartridges.

Output is 1.0mV, which Grado says will deliver the most dynamic sound possible when paired with ultra-low noise phono stages.

As you can imagine, such a feat of engineering doesn't come cheap. The cartridge will cost you £3000.

Well, that's one way to make a Statement.