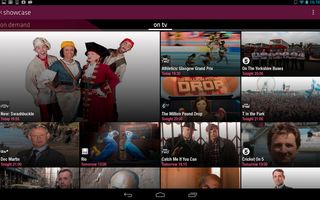 7The Freesat App has been optimised for those devices running Android 4.0 and above, which covers smartphones and tablets from the likes of Samsung, Google and Sony and comes with numerous features.

A TV guide is one of the app's features, while the Showcase editorial service will provide daily recommendations on what the TV content you can watch live or on demand – all direct to your mobile device.

You'll also be able to plan how you watch and record shows remotely using the app, which the subscription-free TV service is hoping will replicate the success of the iOS version that we saw unveiled in January.

Freesat MD Emma Scott said: "Following feedback from some of the over 200,000 people who downloaded the [iOS] app, we have worked hard to match that success with an app optimised for the Android market.

"Freesat's core goal is to deliver fantastic subscription-free satellite TV, and we wanted to make sure that the 40 per cent of the UK television viewing public with Android phones and tablets could enjoy this app too."