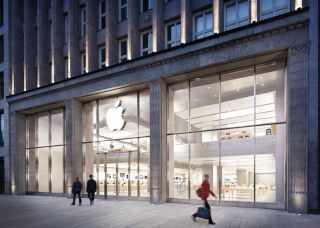 The European Commission has cleared Apple's acquisition of Beats Electronics and Beats Music, with the deal scrutinised by the European Union's executive agency under its Merger Regulation – so there will be no objections this side of the Atlantic.

Both Apple and Beats currently sell their headphone products in the European Economic Area, with Beats Music's streaming service not yet available on these shores; the service has only been launched in the US and Australian markets at present.

The Commission said the deal did not "raise competition concerns" from a headphones perspective as the pair's combined European market share was "low". It also said Apple and Beats products were "markedly" different in "functionality and design".

It also investigated the implications for the music streaming market, deeming it to be "implausible that the acquisition of a smaller streaming service that is not active in the European Economic Area [Beats Music] would lead to anticompetitive effects."

Apple is expecting the deal to close in the fourth financial quarter, although it is yet to be seen whether the process will be affected by the announcement that Bose had filed a lawsuit against Beats Electronics for a number of patent infringements.

The patents Beats is alleged to have infringed relate to noise-cancelling technology, with Bose looking for financial damages and an injunction against the sale and import of certain Beats products in the US. We'll be watching to see how this dispute ends.