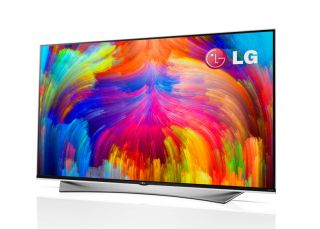 According to the company, its new 4K TV with quantum dot technology will provide a wider colour palette and improved colour saturation when compared with a conventional LCD set.

And LG says that the "extremely wide colour gamut" that quantum dot provides makes it ideal for screening content in 4K. But then it would say that. The new sets will be put on show at LG's CES stand in Las Vegas.

So, how does quantum dot technology work? Well, it uses nano crystals ranging between two and 10 nanometres (one billionth of a metre) and each dot emits a different colour, depending on size.

Adding a film of quantum dots in front of a LCD backlight improves the reproduction rate of picture colour – 30 per cent better than conventional LCD/LED TVs – and overall brightness, according to LG.

"Quantum dot’s vibrant and vivid color reproduction capabilities brings LG’s LCD TVs to the next level when it comes to picture quality,” says In-kyu Lee, senior vice president and head of the TV and monitor division at the LG Electronics Home Entertainment Company.

"The addition of Ultra HD TV with quantum dot technology to our TV lineup further establishes LG as a leading provider of the most diverse and innovative TV display technologies in the industry."

LG had indicated back in October that it'd be focusing on quantum dot and OLED technology with its next-gen TVs, with the company also taking the decision to call time on plasma production.

And, as IFA 2014 illustrated, LG isn't the only manufacturer adopting quantum dot technology after China-based TCL unveiled a 55in 4K quantum dot TV to take on rivals' OLED screens.

Read all our LG reviews and news