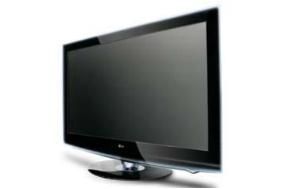 LCD, plasma and projectors will feature in its 2009 display line-up, with further pledges of improved picture quality and even 3D support.

Advanced LED backlighting
LG has developed an improved LED backlight system for use in its top-end models, designated the LHX and LH90 (pictured) in the States. This uses a new thin lens system to amplify the light while increasing its quality, according to the company.

It says this is a step up from the conventional LED backlight it used in its high-end 2008 range. This will allow LCDs of up to 55in to be a mere 24mm thick and offer a claimed 2,000.000:1 contrast ratio.

And the old rivalry between LG and Korean competitor Samsung is maintained. In what is clearly a tweak of Samsung's tail, LG says that "Unlike other slim LEDs which use 'edge' lighting, the new LED LCD HDTV series use a full array of LED Backlights which employ local dimming techniques for precise picture control, resulting in deeper black levels, wide color gamut and smoother motion."

In what we expect to be a familiar claim, LG says its LCD TVs will also have the world's lowest energy consumption.

200Hz for smoother motion
Also new for 2009 is TruMotion 200Hz (240Hz in US) – 200Hz picture processing, as featured on Sony's existing Z series sets. The motion-smoothing system should feature on a range of its TVs, LG says.

Wireless and 3D, too
Wireless support, featured on the range-topping 55in Model LHX, will comply to the Wireless HDMI standard. it will be built into TVs and projectors, and offer a 3Gbps data rate - allowing for the transmission of uncompressed 1080p and HD audio from similarly equipped Blu-ray players and HDTV set-top boxes.

LG is also developing a 3D chipset that'll be built into its LCD, plasma and projector ranges.