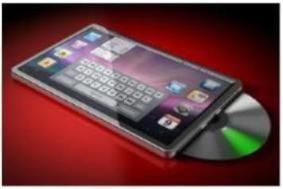 The Mac iSlate is expected to be like a larger iPod Touch, with a 10in, 720p high-def screen for better movie and web browsing, and will work as an e-reader too. Apple is expected to launch a Books section on the iTunes store later this month.

Yesterday our sister site Stuff.tv reported that Orange France's VP Stephane Richard appeared to confirm the existence of the tablet, its imminent launch date and the fact Orange would be hopping on board.

However, Orange immediately denied Richard was confirming it, stating that his comments were taken out of context when translated in to English.

A statement from Orange reads: “These responses in no way reflect Orange's confirmation of the existence of the rumoured device. The spokesperson was merely confirming that he is aware of the speculation surrounding a launch and that Orange would be delighted to have such a product were it ever to be available.”

However as paidContent points out, this wouldn't be the first time an Orange exec let slip an Apple announcement – back in 2007, CEO Didier Lombard told journalists about Orange's deal with the iPhone before the official announcement of any partners. Whoops. We'll have to wait and see.

Elsewhere, MacRumors has noticed that content from Fingerworks.com has been removed from the web, five years after Apple bought the company.

It's rumoured Apple is to use many of the advanced multitouch gestures seen in Fingerworks products in the tablet, and the removal of the products now after such a long time would seem to support this theory.

There's also the reoccurring rumour brought up again by TG Daily and the tip-off it had at CES that all the 10-inch screens – both LCDs and OLEDs – from Asia have been snapped up by Apple causing a delay in supply.

And finally, Reuters has said that while the screens for the tablets have been delivered, the MacBook Pro-esque aluminium casing is set for delivery next month in line for a Q2 release.

All very interesting, and no doubt not the last we'll hear before the expected announcement on 26th or 27th January.