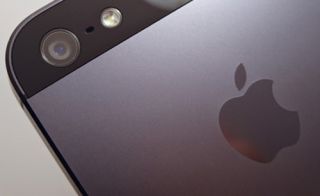 Sharp is reportedly set to ramp up production of LCD screens next month in time for an autumn launch of the next iPhone, most likely the iPhone 5S.

Apple is widely tipped to be planning to launch an iPhone 5S upgrade to the existing iPhone later this year, possibly followed by a cheaper iPhone later in the year or in 2014.

Nikkan in Japan, via AppleInsider, reports Sharp, LG Display and Japan Display (Hitachi, Sony and Toshiba) have been primed for mass production of iPhone screens beginning next month.

Sharp already supplies panels to Apple, Samsung and others, while LG Display is the world's laregest suppllier of screens of all sizes, from smartphones to TVs.

Japan Display formed at the back end of 2011 in an effort to give smaller screen-manufacturers greater collective clout, with the aim of expanding its production of small-sized screens for portable devices. The group bought an LCD factory from Panasonic for just that purpose, no less.

Familiar Apple upgrades to the processor and camera are likely, too, while rumours of features such as a fingerprint sensor and an Apple streaming music service, 'iRadio', persist.

Flagship phones such as the HTC One, Samsung Galaxy S4 and Sony Xperia Z have all come with USP features, so no doubt Apple will want to once more raise the bar.

The Apple Worldwide Developers Conference (WWDC) will run from June 10th to 14th, so that looks set to be the next date for concrete iPhone news.

MORE: Apple iPad and iPhone sales up - but profits down