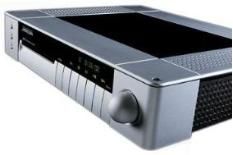 A sterling effort, and an object of some desire; a simple, low-compromise solution sure to appeal to many well-heeled buyers

In an industry awash with acronyms, one of the most important tends to be the most commonly overlooked: KISS, or Keep It Simple, Stupid. Modern home entertainment kit includes features few of us could conceive of a decade ago, but at a cost of ever-increasing complexity.

And for a business desperate to appeal to new customers, that's not good news.

According to Harvard Business School (in a document entitled Feature Bloat: The Product Manager's Dilemma), “adding features improves the initial attractiveness of a product, but ultimately decreases customers' satisfaction with it”.

In other words, the more a piece of kit can do, the more specialist its appeal is likely to be.

Hence Meridian's G95, a one-box DVD receiver designed to offer high performance hi-fi and home cinema from one simple, compact box. As with its key rivals – Arcam's £2000 Movie Solo and Naim's £2995 n-Vi – the Meridian is specifically designed to appeal to someone looking for quality without the hassle.

Stripped out, but still special
Now let's be clear: the G95 is simple, but it's no simpleton. It's just that it's less complex to set-up and use than other Meridian components.

For example, you don't get the option of using it with the British company's famed active, digital loudspeakers: the G95 is strictly an analogue device, designed only for use with conventional passive loudspeakers. You can also forget about niceties like room equalization or seven-channel outs.

Quality to match the pricetag
But the Meridian does also cost nigh-on £4000, and so a certain level of luxury is to be expected. Build quality, for instance, is impeccable, while Meridian's unique, customisable remote and display panel remain paragons of usability.

As a thing to live with, to covet, to simply have on the shelf, it's dripping with appeal. And as for toys…well, there are still enough to play with, including video conversion of analogue video sources up to 1080p via HDMI, and DVD-Audio replay.

Crucially, the G95 is the first Meridian to employ digital power amplification, with five Class D channels rated at 100 watts each. It's these that keep its dimensions modest – and they also help it to deliver truly fabulous sound for a system of its type.

Even the onboard DAB tuner sounds terrific.
In action, the G95's balance appears almost unburstably muscular, either in stereo or in surround use, but it's also far richer than is typical of digital amps: you don't hear any sense of harshness or grit to the sound. It simply grips the rhythm with terrier-like tenacity, providing controlled dynamics and very impressive detail.

The picture is equally memorable: Meridian's DVD players have long been highly regarded in these parts, and the G95's lustrous, detailed images and dense, inky blacks are as luxurious as you'd hope for from a product in this price class. Used with a suitable display in 1080p mode, it certainly makes the very best of DVD's potential.

It's special, the G95. It's not cheap, but it's stylish, usable and hugely capable. It's KISS with quality – and for some, that'll be manna from Meridian heaven.