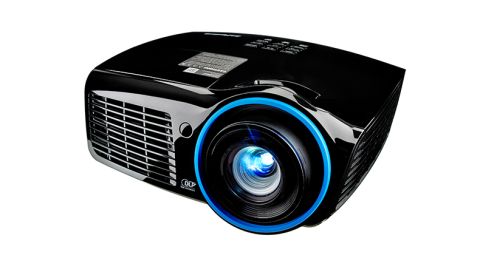 A smooth, clean picture for an attractive price, but there are more capable projectors on the market

Can a classroom projector double up as a home cinema projector? Well, InFocus has wowed us before with bright, sharp screens that make movie-watching a more exciting affair than you’d expect from a projector designed for fancy PowerPoint presentations.

The IN3138HDa makes a decent case for itself, but it doesn’t punch quite as high as class rivals.

Play Captain America: The Winter Soldier Blu-ray, and the IN3138HDa delivers a bright, clean picture that’s pleasant to watch. There aren’t any obvious noise or motion issues to deter our enjoyment, the brilliantly choreographed fight scenes unfolding on screen as smoothly as possible.

The 4000 lumens rating is around double that of its rivals (such as the 2200 lumens BenQ W1080ST+), and the InFocus does perform well with sunny daylight scenes. The steely glint of metal and the sunlight flaring on Cap’s shield are stark and crisp.

In darker scenes, the IN3138HDa doesn’t differentiate the various blacks and greys, meaning someone wearing a black suit will be barely distinguishable from the shadowy background. The contrast isn’t as exciting or as strong as rivals, either, with not-so-deep blacks robbing the picture of dynamism.

Colours and their subtle gradations in shading are similarly subdued. We like how InFocus hasn’t gone the other way and given us overly saturated and exuberant colours, but we want the characters and backgrounds to ‘pop’ a bit more.

Skin tones are fairly realistic, but with more detail, they’d be fleshed out even more.

These characteristics remain across DVDs (with the inevitable drop in definition and crispness) and 3D films, which are pleasantly smooth and comfortable to watch. The issue with black intensity remains, but the overall stable, clean image has decent depth.

The active 3D glasses (sold separately for £50 a pair) may be big and bulky, but they’re not uncomfortable to wear.

There’s a 10W speaker fitted inside, and it sounds exactly like the wispy, tinny sort we really didn’t like in flatscreen TVs about two years ago. You’ll be able to hear dialogue just fine, but there’s little body or weight.

Explosions and other sound effects are faint and lack impact.

It’s okay for listening to the news, but you’ll want a surround speaker package to accompany all the action on screen.

The build is sturdy, but compact and light enough for you to move it around to find the perfect position without breaking into a sweat. Manual focus and zoom adjustments operate smoothly, and we’d use a THX Optimizer disc to further fine-tune the picture.

Try not to lose the tiny, flimsy credit card-style remote control, no matter how much you want to; it’s horrible to use.

We can live without a backlight, but the shallow, slippery buttons are hard to press and it’s fiddly and unintuitive, even if you have slender fingers. It’s annoying, but you’ll need it to make picture adjustments or to change the volume.

The IN3138HDa is kitted out with plenty of connections, including two HDMI inputs and two PC inputs. Where InFocus had presentations in mind, we think those PC connections will cater well to those who play games and watch movies and TV shows from a computer.

Analogue connections aren’t forgotten, with S-video, composite and line-level inputs thrown in for good measure. Don’t get too excited about that ethernet port, though, as it’s strictly for remote technical support.

£800 is a good chunk of money, after all, and you don’t want to buy a projector and then wish you’d spent a little bit more for one you’d be happier with in the long run.

The IN3138HDa is good, but there are better ones out there.

See all our InFocus reviews