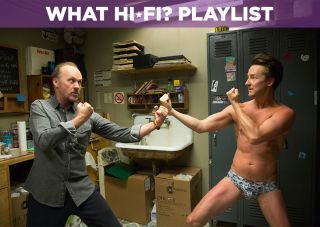 What is it? That’s a tough one. Nobody can answer that one in a confident, succinct manner.

It’s best to come out and say it. We have no idea what Birdman is. It makes a mockery of the pigeonholes we bring to the movies. It defies classification.

The yarn itself is uncomplicated. An ageing movie star (Michael Keaton; ingenious casting choice) wants to escape his superhero typecast. He tries to prove himself a true artist by writing, directing and acting in a Broadway play.

It’s the execution that will have you cheering or jeering. No, there is no middle ground. You will leave this impressed or indignant.

There is heavy melodrama, although a throbbing vein of dark comedy keeps us from too much of a downer. You get a gritty look at the less glitzy side of showbiz, but surreal sequences pull you out and stop you feeling grounded.

There is no rest, especially not when a fluid camera drifts from scene to scene, presenting the whole 119 minutes as a single take.

It’s an odd effect, mildly nauseating for some but thrilling for others. It is at once realistic and bizarre. A lack of cuts suggests a documentary vibe while granting everything a dreamlike quality.

Once in a while the camera pauses, and you’re woken with a jolt. Witness the actor’s impotence and his daughter’s resentment. It’s a hard look at the futility of man and his art, made all the more effective by sterling turns from Michael Keaton and Emma Stone.

Harsh realities come out of nowhere and hit hard, but you drift on to the next scene, each impeccably timed and acted, each at once bleak and hilarious. Birdman is a curious journey.

It is also a beautiful one. The theatre stage presents an array of colourful sets, but the free-roaming camera keeps the scenery still more varied.

The faint yellow of dim corridors yields to deep-red backstage lamps, blue mist and the neon of a Manhattan rooftop. It’s a vibrant, dynamic picture.

Incidentally, the constant panning and tracking will test your system’s grasp of motion. And then there’s the soundtrack: primarily jazz drumming, with stacked cymbals that sound like trash cans. It is quite spectacular in surround sound.

Birdman is a film like no other. Bold and irreverent, it goes out of its way to ensure you’re never certain where you stand. That will enthral some while infuriating others – and it’s worth your time finding out. One thing is for sure: this is no superhero flick.

Buy Birdman on Blu-ray at Amazon