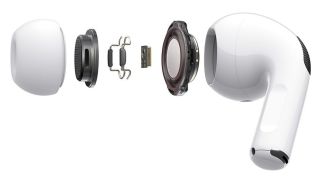 Active noise-cancelling headphones: undoubtedly one of the breakthrough audio features in consumer headphones since the turn of the century.

Pioneered by Bose and Sennheiser, active noise-cancelling (ANC) is now found in wired and wireless headphones, from the tiny, true wireless Sony WF-1000XM3 and AirPods Pro, to the over-ear Sennheiser Momentum Wireless and Bose Noise Cancelling Headphones 700. And it's a splendid piece of tech. Done well, it's the cherry on top of the wireless headphone sundae.

Some wireless noise-cancelling headphones now offer levels of noise cancellation (not just 'on' or 'off') and even pass-through or 'ambient aware' toggles, to filter specific sounds like speech into your ears once you're done shutting the world out.

But how is it done? Believe it or not, the tech has been around since the 1970s and was first implemented in headsets made for pilots. So get ready for take-off, captain, because we're about to explain it all, then tell you which models do it best.

Why would you want active noise-cancelling headphones?

Picture the scene: Monday morning – at the table otherwise known as your 'home office'. Your other half's got a 10am Zoom meeting and an online yoga class at 11am. The chap next door has been fitting a new kitchen for, oh, around two weeks now. Currently a child upstairs is watching Frozen II on Disney Plus for the eighth time since Friday afternoon. Enter active noise-cancelling headphones.

The best noise-cancelling headphones will ensure your headspace will become just that – yours, to fill with whatever music or podcasts you may fancy. And of course, when you need to be back in the room, you can simply turn the ANC off.

Active noise-cancelling headphones are great for travel, too. Remove the thrum of the bus engine or the chatter in your train carriage, with just the touch of a button. The latest models also boast the latest tech, with ambient aware and pass-through features available at the flick of a switch or the touch of an earcup, so you can quickly reenter the outside world and hear that all-important announcement.

How does active noise cancelling work?

Short answer: with two or more tiny microphones on the outer housing of the headphones that "listen" to the noise around you and quickly create a mirror image of the compression and rarefaction of the air (i.e. external sound).

Too much too soon? Let's expand. Disregard the sound coming from your headphones and going into your ears for a minute. Focus on the sounds outside them – and all around you.

We can think of the soundwaves around us like peaks and troughs, or ripples in a pond. Aeroplane engine noise is an ideal example since the thrum you hear in the cabin is typically a soundwave of constant amplitude – the height of the peaks and the depths of the troughs is largely continuous.

If you produce another sound wave with the same amplitude but opposite phase – with a peak where the engine sound wave has a trough, and vice versa – you get something called an antiphase. Added together, the two sounds cancel each other out. The result? Silence. And you're listening to your music in peace.

Wait: adding two things together to get nothing? Really? Yes. Think back to your school days (if you dare): adding a minus number to a number is the same as subtracting. So, 11 + -11 = 0.

Understood at the back? Good work. Back to your active noise-cancelling headphones and your upcoming train journey. Toggle ANC on and the tiny microphones on your headphones pick up that irksome engine thrum. This is then quickly measured by the headphones' internal electronics to produce an opposite sound, which is fed into your ears. If the tech does a good job, all you'll hear is the chug of the train fading into nothingness.

Try it out and you'll find that there's a second or so between switching ANC on and hearing it kick in. That delay is the time it takes for your headphones to listen to the noise that needs cancelling, process it and produce the appropriate 'anti-wave'.

More advanced (read: more expensive) noise-cancelling headphones actually use a larger number of these small microphones to pick up external sounds, in a bid to more accurately determine which sounds need to be cancelled and which you might want to still hear.

Noise cancelling at this level can sometimes be supplied with its own app. Headphones such as the Bowers & Wilkins PX7 can do a top of job of customising the external sounds you want to hear. This particular model boasts 'office', 'flight' and 'city' environment filters, as well as a 'voice pass-through' slider to customise how much you want to hear the person sat next to you, from 'off' (not at all, thanks) to 'amplified'.

It's all done with the same antiphase calibration technology, and it's all pretty impressive.

What's the difference between active noise cancelling and noise isolation?

This is a fairly easy one, but it's worth explaining since some manufacturers may boast a "noise-isolating design" or "natural noise-cancelling abilities" in a product. And that isn't the same.

Active noise cancellation is a technology; it's an electrical feature that requires power to work. When you're using it, you'll soon notice ANC will drain your wireless headphones' battery at a faster rate.

Noise isolation, meanwhile, is a physical thing; a term used to describe headphones that block out external sounds – and reduce the amount of sound leaking into your ears – without the need for power. This is simply achieved through build quality and design.

Closed-back designs, leather earpads, a good in-ear seal, sizing up or down in eartips, a heavier clamping force in the headband (meaning the earcups fit tighter over your ears), dampening in the earcups and even the shape or material of the driver housings all contribute to passive noise isolation. But remember: it's not the same as active (powered) noise-cancelling headphones.

Can ANC headphones cut out all sound, all of the time?

Unfortunately, no – not yet, anyway. They do manage to come close, but because your ANC headphones are unable to come up with the appropriate signal automatically, some sounds will creep in.

ANC headphones work best when the noise you're trying to cancel features low-frequencies and is constant – a train carriage, aircraft or office AC unit, say. Occasional noises like a yell, dog bark or horn beep will often still be heard, because even the best ANC headphones aren't quite quick enough to create an antiphase sound in real time.

Which are the best ANC headphones?

As you'll know if you've been paying attention up 'til now, ANC headphones are great option for those who commute or travel frequently. Because you're cancelling noise rather than just whacking up the volume to drown it out, you'll be listening at quieter, safer, less tiring volumes, too.

Any downsides to ANC? There can be. Headphones featuring this in-built noise-cancelling technology are generally more expensive than their ANC-lacking counterparts, and toggling ANC on for long periods can diminish your headphones' battery claims.

Lastly, when headphones feature active noise cancelling, there can be a compromise on overall sound quality. The best models available now avoid this pitfall but we've often found that when the active noise cancelling has been poor, the audio quality as a whole has been sub-par, too. Sometimes, a pair of headphones with a solid, noise-isolating design – where production has focused solely on sound at the price – might be a better choice, especially if you won't need noise-cancelling tech too often.

Still sold on ANC? Good on you – don't go anywhere just yet. We've tested in-ear, on-ear and over-ear noise-cancelling headphones from big-hitters and little-known brands alike. Our favourites include the What Hi-Fi? Award-winning Sony WH-1000XM3 (and remember, a new XM4 model is in the pipeline) or their in-ear brethren, the Sony WF-1000XM3. There's also the B&W PX7, Sennheiser's Momentum Wireless, and the Bose's Noise Cancelling 700. On a really tight budget? Check out the Lindy BNX-60.

You can find the best deals currently available on those models below and for a full, extensive list of the ANC models we recommend, consult our best noise-cancelling headphones 2020 buying guide.