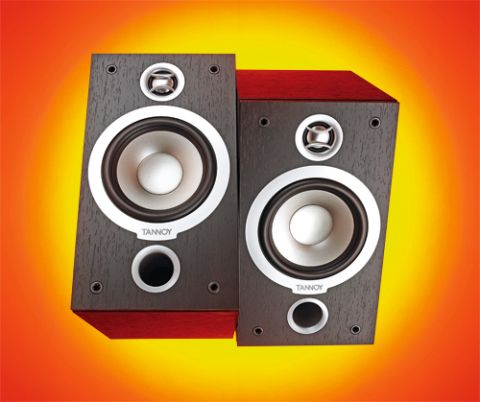 Stylish speakers that can add a very likeable sound to their resume, these are well worth auditioning

Tannoy’s V4 floorstanders aren’t the only pair in the Mercury range to have walked the upgrade path for ‘i’ series status.

At first glance it would be fair to dismiss any changes to the V1 model – cosmetically the two are very alike.

But hidden from view there’s an upgraded crossover, new wiring and tweaks to the cabinet’s internal bracing.

Further revisions see a change from the original soft-dome tweeter to a new magnesium-alloy dome that extends the treble to a claimed 53kHz.

Tannoy has always experimented with material around the crossover’s capacitators to dampen high frequencies, and further enhancements have been made here to improve treble response.

So, despite initial appearances, a fairly substantial makeover after all, then.

In keeping with their predecessors, the V1is balance a mature sound with a robust, solid presentation.

The midrange is clearer than the V1s’ and, with the gutsy bass, takes the heavy momentum of Muse’s Unnatural Selection in its stride.

Play a live recording of Guns N’ Roses’ Paradise City and the electric guitar riffs pull with a sense of openness, as do the vocals.

We switch to something solely instrumental: Hans Zimmer’s Harvey-Two-Face from The Dark Knight OST is something of a triumph when the Tannoys’ mid/bass drivers build up to climactic moments with vigour.

Detailed and dynamically fluid, the V1is give more subtle strands of music a fair amount of scrutiny too.

The bass has a tendency to thump overbearingly when the speakers are placed too close to a wall. Pull them out about 50cm, though, and there’s a more stable balance between weight and focus.

We’re more than satisfied with the low frequencies (given the right placement), but the treble can come across as unsubtle, which is an obstacle to easy listening.

We ran them in for a week in the hope it might help things, but the sharpness of the bell in The Toreador Song from Carmen still sticks out like a sore thumb.

The V1s opted for a calculated, polished delivery over absolute punch and attack, and the V1is follow in those footsteps.

We’re entertained by most music we played, but we do pine for a hard-booted kick during Led Zeppelin’s Remasters.

Do the Tannoys have what it takes to run with the big dogs? In a nutshell, yes.

Given a sweeter treble and perhaps a bit more drive, we’d be looking at a true chart-topper.