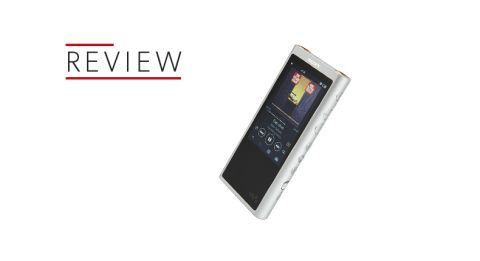 It isn’t quite a return to Sony’s heyday, but the NW-ZX300 offers mightily impressive levels of clarity and detail for the price

When Sony released its first Walkman almost four decades ago, the world stood up and listened.

Not only did it stand up, it walked around and listened; it listened on the way to pick up milk, it listened through school lunchtimes and long train trips; in fact, it listened just about anywhere it could.

For years, that was the way, but if the era of carrying around tapes and CDs was a kind of Eden for the company, a bite of a certain Apple at the beginning of the digital age has irrevocably changed the portable landscape.

With on-the-move listening having taken a further shift toward smartphones, even the latter isn’t dominating the world of portable music players.

In recent years, Astell & Kern has experienced most joy in this area of the hi-fi market – the company won two of three What Hi-Fi? Awards in the personal music player category in 2017, for example – but the Walkman is pressing hard to regain its place at the top table.

It has done so with a string of highly talented hi-res players, each accomplished but tripping agonisingly short of Sony’s previous brilliance.

The narrative of the NW-ZX300 reads in much the same way. Sony describes its latest Walkman as being “technically superior in every way”, and there can be little argument over the NW-ZX300’s impressive spec sheet.

MORE: That Was Then... Sony Walkman review

Powered by the company’s S-Master HX digital amp, which Sony claims to reduce distortion and noise across a wide range of frequencies, this PMP can handle PCM files up to 32-bit/384kHz and up to 11.2MHz DSD native, with MQA files also catered for and its DSEE HX enhancement engine to upscale more lowly files to “near hi-resolution quality”.

Even the NW-ZX300’s rigid aluminium milled frame, of which we were immediately fans, is designed to provide strong resistance to electrical noise for a clearer, more stable sound.

Regardless of its sonic aid, it serves to give this the air of a high-end product, for which we’d be satisfied with having paid £600.

What it frames is a highly responsive touch screen, serving intuitively all of your playback needs but volume, which is altered via buttons on the Walkman’s right. That’s also where you’ll find the power button, additional play/pause and track-skipping controls and a hold switch.

The roof of the NW-ZX300 is reserved for headphone jacks, one 3.5mm for regular headphones and a 4.4m one for balanced operation, though there is also Bluetooth for wireless users.

On the left, you’ll find a SD card slot for boosting the memory from the built-in 64GB; and the underside is where you’ll plug in your USB for charging, file transfer and use as a portable DAC. The reverse is clean but for a leather patch, which handily saves the Sony from slipping from our desk.

Having afforded the NW-ZX300 a day to run in, we’re allowed our first taste of its tremendous talent.

Its responses are fast and folders are laid-out as well as well as we’d expect, including one specific to hi-res files, which are highlighted during playback by an illuminated HR icon – though you’ll need to delve further into track information to find the rate at which they’re being played.

We can’t say why the touch screen doesn’t stretch to the whole of the Sony’s length, but our only real bugbear relating not entirely to its musical performance is volume level.

We test with a range of headphones, the less sensitive of which struggles to sing even when the NW-ZX300 was pushed to its limits. Generally it’s fine, but something worth considering when matching.

MORE: What is MQA audio? How can you get it?

Our immediate reaction, though, is one of fascination at just how clean and detailed the Sony is.

Play Neil Young’s Harvest, for example, and there’s such great space and texture to instruments and vocal that alone this could serve as an example as to why hi-res is beginning to command digital hi-fi. Each line is so clearly audible, separated by the NW-ZX300’s clarity yet at the same time knitted so well musically as to never become isolated.

It’s something we’re used to Sony getting right, as is the fine balance that this Walkman offers.

Strings of acoustic guitars are allowed to ring with great richness, with ample bass to tether those highest frequencies, and a full-bodied middle affords even Young’s near cuttingly thin vocal the warmth it needs to sound human.

This is a Sony very much in the manner of its personal music players we’ve had the pleasure of testing, but that brings with it the same Sony shortfalls. Were the NW-ZX300 to match its clarity with equally opulent dynamic punch it would be a shoe-in for an Award, but again this is where it misses the mark.

Specifically, its lack of substance and excitement, and an overly light touch when it comes to the grandiose dynamic shifts, leaves us wanting more in the wrong way. Though it is not entirely flat, it’s a timidity that leaves Astell & Kern’s Award-winning AK70 MKII a whole star ahead for the same money.

But, putting the pair head-to-head, though A&K emerges victorious overall – that dynamic expression compounded by tighter rhythmic sensibility and its offer of streaming via Tidal – the Sony likely pips it for outright detail and clarity, not to mention a greater array of file options.

This might not be the Walkman that will see Sony command the market for personal music players as once it did, but ultimately it is very close.

It’s been our line for a while now, but if there was a little more punch and excitement, this player could be looking at a five-star review.