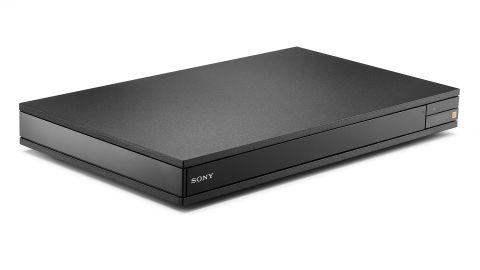 If your home cinema set-up is of a standard that demands a premium Blu-ray player, you’re currently spoilt for choice.

Cambridge Audio, Panasonic and Pioneer all offer excellent five-star machines priced between £700 and £1000, but can we add the Sony UBP-X1100ES to that list?

When you make the leap from a budget 4K Blu-ray player to a more premium model, a couple of things tend to happen: build quality normally goes up a notch, as does the level of engineering inside the player.

With bigger budgets set aside for these machines, manufacturers can source higher quality components. The hope is that the improvements and upgrades will help achieve the desired jump in picture and sound quality.

On many of these fronts, the Sony UBP-X1100ES delivers, although your first meeting with the player leaves you feeling a little disappointed. Unboxed, the player certainly feels substantial and weighty in hand. Place it on your rack, though, and it doesn’t look like almost £750 worth of player.

The plastic drop-down front panel is something we’d normally see on a budget Blu-ray player, while the textured plastic top cover feels quite cheap and scratchy to the touch. Placed next to a rival, such as the burly Panasonic DP-UB9000, the Sony loses out in perceived quality.

Out of view, on the underside of the top panel, there’s a honeycomb structure that Sony claims minimises the effects of internal and external vibrations. The offset insulator feet also help achieve this, Sony says. Like a number of past players, the UBP-X1100ES also uses Sony’s tried and trusted Frame and Beam chassis to keep the body of the player as rigid as possible.

When it comes to features, there are plenty on the Sony’s menu. The UBP-X1100ES is a proper universal disc player, so its compatibility extends all the way to SACD and DVD-Audio discs, plus 3D and 4K Blu-rays and DVDs.

There’s no set of multi-channel analogue outputs for owners of legacy AV receivers that lack HDMI inputs, but it’s no problem if you’re using the Sony with a relatively modern amp. You do get a pair of analogue outputs though, just in case you’d rather listen to your CDs over analogue cables instead of HDMI.

The Sony has a couple of HDMI outputs which is the norm for players at this sort of money. This allows you to split the audio from the video, which can come in handy if you want to get the purest signal path for your picture and plug the player straight into your display.

The Sony also handles all manner of hi-res audio files and formats, with the built-in DAC capable of allowing native playback of DSD files and PCM signals at 192kHz. Dolby Atmos and DTS:X soundtracks are both supported too.

One of the most interesting features is the built-in Bluetooth connectivity. If you want to watch a Hollywood blockbuster in the early hours, but don’t want to wake anyone, you can beam the soundtrack to a pair of Bluetooth headphones.

We use the feature with a pair of Sony WF-1000XM3 in-ear headphones, and find no lip-sync issues nor any problems with range, even when leaving our listening room to make a quick cuppa.

The UBP-X1100ES comes with the three major video streaming services built in too: YouTube, Netflix (with a dedicated button on the remote) and Amazon Prime Video. 4K HDR streaming is supported, although the Sony doesn’t support Dolby Atmos over Netflix or Dolby Vision via Amazon Prime Video.

There’s HDR to SDR conversion, although most people buying a 4K Blu-ray player will be connecting it to a flatscreen that can handle HDR formats such as HDR10 and Dolby Vision. That may be more useful for projectors, many of which don’t support current HDR standards.

One slightly irksome point is that the Sony doesn’t support HDR10+, the Samsung-backed HDR format that can be found on some 4K content on Amazon Prime Video and a handful of 4K Blu-rays. It’s not a huge issue, though it might put you off the Sony if you happen to own a Samsung 4K TV which also supports HDR10+, or your 4K Blu-ray collection includes some titles with HDR10+ dynamic metadata.

The player also has an odd way of implementing Dolby Vision, in which you have to enable it in the menu system every time you watch a supported disc – and switch it off for non-Dolby Vision titles. It is unable to automatically switch depending on the content, which is a little disappointing to see from any player, let alone one at this level.

One feature we haven’t seen before on a Sony player is the Bravia Mode, which is claimed to improve non-4K content for display on Sony TVs. During testing, we don’t have a 4K Sony TV to hand to try this feature out, but it could be worth investigating.

The Sony’s remote is lightweight, small and more akin to something you’d get with a budget player. We like its minimalist design and clean, uncluttered layout and it is quicker to respond to commands than the Panasonic DP-UB9000 during testing.

Given the player comes from Sony’s ‘Pro’ division you’ll notice a slight leaning towards the custom install market. It supports a range of home automation brands, including Control4, Crestron and Savant. There’s also a built-in browser and support for Ihiji, a cloud-based system that enables installers to carry out remote maintenance on the player.

This Sony produces a simply brilliant image with 4K Blu-rays. We play Guardians Of The Galaxy Vol.2, and during the scene in which the intrepid band of intergalactic misfits visit The Sovereign to return their precious batteries, the Sony captures the matt gold texture of Ayesha’s skin perfectly.

The level and lustre of gold intensifies as the camera scans over her gilded throne and the deep blues of the palace are equally rich and bold without looking overcooked. The picture boasts loads of detail, from the intricacies of the markings on Drax’s body to the textures and stitching on Quill’s trademark leather jacket.

When the group finally evades the chasing Sovereign ships and crash-lands on Berhert, there’s impressive depth and realism to the image. The greens and browns of the forest look natural as the Sony digs up plenty of detail from the dirt floor.

We switch to Netflix for a quick blast of The Umbrella Academy in 4K HDR and the Sony’s consistency comes to the fore with another crisp, clean and detailed picture. There’s a real sense of immersion and depth as buildings are drawn with razor-sharp precision. As Sir Reginald Hargreaves strolls along, leading his procession of prams, motion is stable and nicely controlled.

We drop down to the Blu-ray of The Amazing Spiderman 2 and the Sony does a fine job following and rendering Spidey as he swings between the Manhattan rooftops, capturing the texture of his suit as it ripples in the breeze.

DVD pushes the Sony to its limits – as it does with all 4K players – and it struggles with the transfer of Star Trek Into Darkness. It’s watchable, but if you’re looking at a player at this price, you should feed it content that will do it justice.

The Sony combines its excellent picture quality with equally impressive audio. The way it builds the tension during Spiderman and Electro’s confrontation in Times Square is superb. It delivers sensational dynamic thrust, switching from a quietened hush in the seconds immediately following the blackout to an explosive surge, as Electro emerges from the hoardings and bolts of electricity rain down.

They strike with power and precision, but don’t sound uncomfortably hard or bright. They crackle and pop in the background, while dialogue between the two characters remains clear and evenly balanced.

Players such as the Panasonic DP-UB9000 might give greater weight and solidity to explosions and lower frequencies, but the Sony manages the subtle shifts with greater finesse.

The Sony’s rhythmic ability holds your interest, whether it’s playing a Blu-ray soundtrack or standard CD. Play Where The Streets Have No Name, from U2’s 360° At The Rose Bowl Blu-ray and the track’s opening guitar riff hangs beautifully in the ether before the crowd erupts into life.

There’s enough weight to the sound for bass notes to have the desired impact, but they’re also tight and nicely defined as the pacy and agile drums reinforce the song’s rolling tempo. The stereo performance through the Sony’s analogue outputs mirrors this. For rhythmic ability and dynamic clout, there aren’t many players that can match the Sony.

Although the Sony UBP-X1100ES might lack HDR10+ support and have a few quirks in the way it operates, there’s no doubting its ability as a universal 4K Blu-ray player. Picture quality is excellent and it backs this up with an entertaining and musical sound that is up there with the best at the money. The only real downside is that your list of players to audition just got longer...