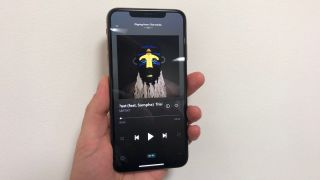 In the summer, rumour had it that Apple was working on its first-ever pair of over-ear headphones (to sit above its Beats-branded offerings), due for launch in 2019.

And that appears to be the case - as suggested by the tech giant’s newly approved patent (as spotted by The Verge). Titled 'System and method for automatic right-left ear detection for headphones', the patent relates to a method for automatic right-left ear detection in a pair of reversible headphones, presumably so users could never put them on the wrong way.

It continues to outline that the first ear cup and second ear cup would be identical, adjusting automatically depending on which way they’re worn. There is a lot of talk of various microphones - a five mic array on each cup to help detect which is which to facilitate voice detection, and an error microphone to generate a mic signal to perform active noise cancellation.

Naturally, they’d need to be able to feed the right and left stereo channels to the correct ear cup, too.

A neat feature indeed. If it is to be part of Apple’s alleged forthcoming over-ears, we could be in for a very smart and fruitfully featured over-ear debut from the Cupertino giant.