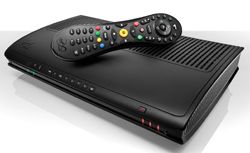 BBC Sport and BBC News apps will launch on TiVo in 2012, allowing Virgin customers to enjoy the extra content the BBC makes available.

Due out next year, the app should allow Virgin TiVo viewers to choose from up to 24 streams of live BBC coverage for the London Olympics.

The BBC Sport app will be joined by a BBC News app, which will bring the best red button, on-demand and online news content from the Beeb to TiVo.

The apps will be available via Virgin's red button or within the 'Apps and Games' section of the TiVo box.

Jane Weedon, Controller of Business Development, BBC Future Media said:
“Having partnered with Virgin Media to bring BBC iPlayer to TV back in 2008, we have since brought a vastly-improved, fully-integrated experience of BBC iPlayer to Virgin Media’s TiVo Service.

With the addition of the BBC News app and enhanced BBC Sport services – all accessible via the Red Button – we plan to build on this partnership and continue to innovate in connected TV through 2012.”