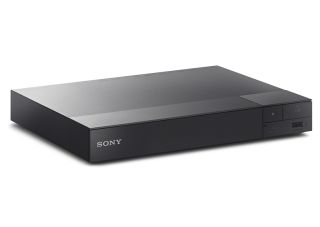 Sony already has a couple of cracking budget Blu-ray decks in its 2015 line-up: both the BDP-S4500 and BDP-S5500 have been handed glowing five-star reviews by our review team.

We're still waiting for the first Ultra HD Blu-ray players to hit the market later this year - this Sony machine can only upscale to 4K resolution. So feed in a high-definition Blu-ray or a standard-def DVD or video stream, and the Sony will number-crunch the resolution to 3840 x 2160 pixels to match your 4K TV.

Connection to the web is done through a wired ethernet connection or by going wireless, using the player's built-in 'super wi-fi'. Sony claims this multi-antennae design "makes for a more stable, interference-free signal path for glitch-free streaming."