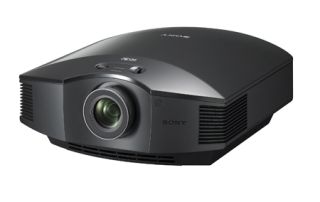 Its dynamic lamp control system is said to offer 3D images that are three times as bright as the VPL-VW90ES, while new, lighter 3D active-shutter glasses provide "a more comfortable viewing experience and a reduction in the ghosting effects that can spoil 3D viewing".

The projector can also simulate 3D images from 2D material, if you so desire.

It's compatible with Sony's new TDG-PJ1 3D glasses, which are 18g lighter than the previous model, and they can be charged in 30 minutes to provide 30 hours of continuous viewing.

There's also a new 3D transmitter, the TMR-PJ1, which synchronises with the glasses.