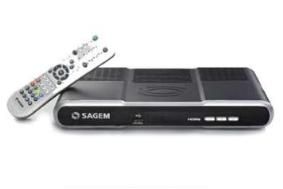 As well as price, both models have a further edge on potential competition in terms of their eco credentials: power consumption of less than 2 watts-per-hour in standby mode, 15 watts in operation. This puts them well within recommended limits for digital television recorders published by the EST (Energy Saving Trust).

The problem of standby power draw is particularly relevant to PVRs, which cannot be fully switched off as they need to be 'woken' by a timer to record scheduled programmes. Many devices also download software and updates over the air while not in full use.

Devices on standby account for 1% of the world's CO2 emissions, and in 2004 accounted for 8% of all UK domestic electricity consumption. Levels are thought to have risen further since then.

The International Energy Agency have called for a 1 watt limit on standby power consumption, while in America, government agencies are prohibited from buying off-the-shelf electronics with a standby power draw greater than 1 watt.

Pioneer, a Sustainable Energy Parter of the European Commission, is already working on reducing standby power draw to 1 watt across its entire new range.