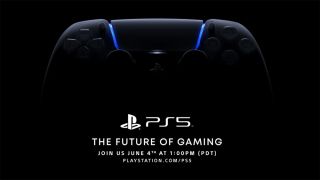 In a new blog post, president and CEO of Sony Interactive Entertainment Jim Ryan says the hour(ish)-long YouTube stream next Thursday will provide "a first look at the games". This follows previous online events that revealed the technical specifications of the forthcoming PS5 console as well as its new DualSense wireless controller.

"The games coming to PS5 represent the best in the industry from innovative studios that span the globe. Studios, both larger and smaller, those newer and those more established, all have been hard at work developing games that will showcase the potential of the hardware, " says Ryan.

We expect to hear more about PlayStation Studios, the newly announced brand name and logo for its exclusive, first-party PlayStation games – including perhaps the first exclusive PS5 titles. Fingers crossed.

It's unlikely we'll hear more about the console itself during the stream, with Sony clearly planning to continue to host teaser events in the build up to the PS5's launch. "This is part of our series of PS5 updates and, rest assured, after next week’s showcase, we will still have much to share with you," he continues.