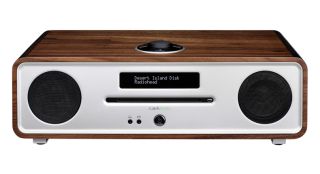 Norway has begun to turn off its FM radio broadcasts, becoming the first country in the world to do so. Instead, it's embracing an all-digital future.

FM hasn't completely stopped nationwide. It's being replaced by digital on a county-by-county basis. Nordland, in the north of Norway, was the first to go digital. Oslo, the capital, will stop FM broadcasts in September. The whole country should be digital-only by 13th December.

As well as offering a greater range of broadcasting options and a more stable signal, though often worse sound quality, DAB is cheaper than FM. It's estimated the move will save around £21m a year - and also allow the FM bandwidth to be sold to other users.

The move has been a long time coming. The plan was originally agreed back in 2011, and a timetable set out in 2015. At 11:11, on Wednesday 11th January (reportedly a time chosen because it was easy to remember), the shift to digital began.

Other countries - including the UK - have considered dropping FM broadcasts in favour of digital, but as yet no concrete plan has been put in place.

The UK government has said the switch from FM to DAB will happen when digital radio listening hits 50% and when the DAB signal can be received by 90% of the population. Currently digital radio is said to be around 45%.

Since the plan was first detailed, sales of digital radios in Norway are said to have soared.