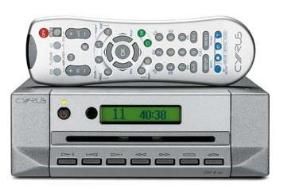 Given the concerns, and the fact that Cyrus's latest players use a brand-new slot-loading mechanism for which the company has designed its own software, we thought we'd better investigate further.

So over the last 24hrs we've played 100 discs on a Cyrus CD 6 SE (which uses the same transport as the CD 8 SE), including a mix of shop-bought, pre-recorded discs and our own recordings made on CD-R and CD-RW discs from TDK, Philips and Maxell.

All the pre-recorded discs played without any problems first time, but eight of the CD-R discs wouldn't load first time and produced a 'Disc Error' message on the Cyrus's display. Six of the eight did play on a second attempt to load them, but two took a further three or four attempts before they'd load and play.

For the full results of the test, head over to this thread on our Forums.