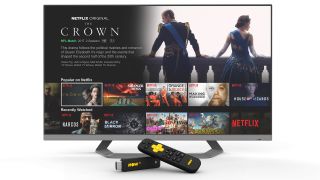 Netflix has announced it will reduce the video quality of its streams in Europe for the next 30 days to help ease internet traffic during the coronavirus pandemic.

Earlier, the EU commissioner revealed he had spoken to Netflix CEO, Reed Hastings, about the issue, while also calling on people to switch to SD rather than HD or 4K Netflix streams to save bandwidth.

Now, as revealed by the BBC, Netflix has announced it will make the decision itself, reducing the quality of streams to save on data. "We estimate this will reduce Netflix traffic by around 25% while also ensuring a good quality service for our members," the company said.

The statement continues: "Following the discussions between Commissioner Thierry Breton and Reed Hastings, and given the extraordinary challenges raised by the coronavirus, Netflix has decided to begin reducing bitrates across all our streams in Europe for 30 days."

With millions of us being asked to stay indoors and self-isolate, the EU was worried that vital data might stop flowing: "Teleworking and streaming help a lot but infrastructures might be in strain," said Breton.

The streaming giant had pointed out that it already used 'adaptive bit rate' technology to tailor the quality of video streams to network capacity, and keep a lid on bandwidth consumption - and of course users can make their own adjustments in  the settings.

But now Netflix has done the sensible thing, and made the change at the server end, meaning we may all have to make do without 4K Netflix for a while.