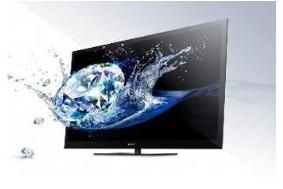 We hope to get a glimpse of the Japanese giant's forthcoming product range later today, but to kick off we're listening to a presentation from the company's marketing director. Here are the highlights so far:

• Sony predicts a 6% decline in overall LCD TV sales, but 273% growth in 3D tellies (albeit from a low base)

• The UK is apparently the best market for connected products. We have 66% of households with a wi-fi network, and 25 million Facebook users

• On the subject of 3D, the company predicts content will prevail with 35 major movies, at least 20 major games and 500 hours of Sky 3D broadcasts planned

• We're now getting a demo of Qriocity, Sony's content-on-demand service. More on this in our earlier news coverage

• Big new range of Sony headphones on the way. Flagship model is the Z1000 with magnesium frame, detachable chord, designed for home and studio use, costs £500. See it here

• OK, here we go with a roundup of how Sony's 2011 UK range stacks up. Prices are given where we have them.

A trio of new Blu-ray players

As for Blu-ray players, the range mirrors last year's, prices to be confirmed:

BDP-S380: Entry-level model, not 3D, does have Bravia Internet Video.

Interestingly, there's no mention of the flagship BDP-780 player to replace the existing BDP-770 model (it's already been announced in the US, and goes on sale there in April).

You can check out more pictures, prices and tech specs of the new model range in our dedicated blog.