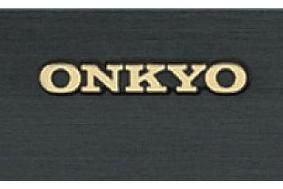 In a statement released from its Osaka HQ, the company says that all new Onkyo AV receivers will have the interface, which will enable them to pass through 3D video from new Blu-ray players to 3D-ready TVs.

The company says that 'Onkyo is proud to be one of the first to implement HDMI 1.4 across all of its new A/V receivers for 2010. Onkyo's strong backing for the new standard is based on a recognition of the added capabilities it enables and the simplification it provides for system connections.'

In addition, Onkyo's HDMI 1.4 receivers will support an audio return channel, allowing a suitable TV to send audio from its onboard tuner(s) back up the HDMI connection to the receiver.

That means a separate audio connection, usually in the form of an optical digital cable, won't be needed to play the TV sound through the receiver.

We'll bring you details of the new Onkyo receivers as soon as more information is released.