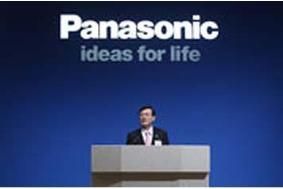 It promises 'drastic structural reforms' including the possible closure of underperforming overseas operations, problems achieving planned sales and almost a quarter lopped off the investment plans for the company's plasma and LCD plants in Japan.

Emerging markets
To counter this situation, the company plans to expand its operations in emerging markets, such as Brazil, China, India, Russia and Vietnam, and make a shift to lower-priced products. It will also carry out "a radical review of its business selection and concentration by clarifying which businesses to expand and which to withdraw from.

"The company will streamline its operations with strong possibility of withdrawing businesses and products which have had negative earnings since fiscal 2007. In principle, the company will close down its overseas operating sites which fall under the criteria for withdrawal."

Flatscreen investment cuts...
Investment in its fifth plasma plant, in Amagasaki, Japan, will be cut by 70 billion yen (about £520m), while its ISP Alpha LCD plant in Himeji will see a reduction of 135bn yen, or about £1bn.

...but twice as many TV ranges
Despite that, Panasonic is targeting a 50% growth in its sales of flatscreen TVs, to a total of 15.5m units, and as part of this plan will double the number of ranges it offers from four to eight, and build relationships with larger-scale retailers in the US and Europe.

It's also still on track to launch 'white goods' - washing machines, fridges and the like - in Europe this Spring, aiming to have products in all 17 main European markets by next year.