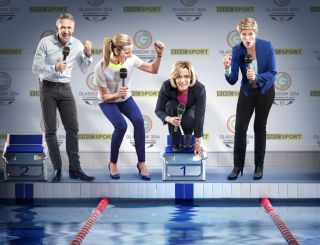 If you're unfamiliar with the Games, they're not all that different to the Olympics really. It's an event that takes place every four years and features a range of sports. But as the name suggests, the Games are open to athletes from countries that are members of the Commonwealth.

And although there are a mere 53 members of the Commonwealth, you can expect to see as many as 71 nations participating – including the four constituent nations of the British Isles, as well as overseas territories and Crown dependencies such as Bermuda and more.

The BBC is the sole broadcast rights holder, but that doesn't mean there aren't plenty of ways that you can keep up to date with all the sporting action from the 20th Commonwealth Games – be that on your mobile, online, on radio and, of course, on your TV. So here's how...

With more than 300 hours of coverage promised across the 11 days of competition, the BBC promises "unrivalled access" to the Games. TV coverage commences on July 23rd with the Opening Ceremony on BBC One and BBC One HD.

Daily coverage will then continue on both channels, with morning action running from 9am to midday presented by Mishal Husain; afternoon coverage from midday to 3pm with Jason Mohammad; before Hazel Irvine fronts the broadcast from 3pm to 7pm.

Gary Lineker will host the evening show between 7pm and 10.30pm, before a round up of all the late-night events and highlights from the hours before screened between 10.40pm and 11.40pm. For a full guide to the BBC's presenting team, click here.

In addition to BBC One and BBC One HD coverage, BBC Three and BBC Three HD will start coverage at 9am and continue through to 7pm with a combination of Dougie Vipond, Lee McKenzie and Manish Bhasin. Dan Walker then takes over between 7pm and 10pm.

BBC Radio 5 Live will have extensive coverage of the 2014 Commonwealth Games, with in excess of 200 hours to be broadcast – starting with the Opening Ceremony. And you'll be able to listen in via the 5 Live website, iPlayer Radio app and BBC Sport app.

If you go to www.bbc.co.uk/glasgow2014, you'll access the BBC's "biggest ever digital Commonwealth Games coverage" – every event, sport and venue will be available live and on demand on a multitude of devices, from smartphones to desktop and the Red Button.

There'll be more than 1300 hours of live video coverage from up to 17 live HD video streams, plus full-length replays and highlights of the action; medal alerts through the BBC mobile and tablet apps; and the opportunity to have your say on the main talking points.

And in a timely boost for the Commonwealth Games, the updated BBC Sport Android app comes with Cast support – that means you'll be able to stream events to your HD TV through Google Chromecast.

The Future Of Broadcasting

The BBC isn't content with TV, radio and online channels – it's determined to break new ground at the Commonwealth Games with two new methods of broadcasting in the shape of 4K TV and 4G. Both of these will be available to members of the public too.

If you're in Glasgow this summer and want to see these new technologies in action, head to Glasgow Science Centre where BBC R&D will be demonstrating live 4K broadcasts in what's being described as a "watershed moment in the history of broadcasting".

Meanwhile, the Beeb will also be broadcasting live action to 4G handsets in a move that aims to offer streaming TV to mobiles in a "consistent quality" and without the interruptions and freezing that occur when conventional networks experience heavy usage.

Barbara Slater, Director of BBC Sport, says: "The BBC coverage reflects our commitment to delivering great sporting events with the determination to continue the standards of broadcasting previously seen at Olympic Games.

"Unique friendly rivalries between Home Nations and Commonwealth countries will be highlighted in 11 days of sporting competition, concluding an exciting and busy summer of BBC Sport that also includes Wimbledon, The Open, and the World Cup."