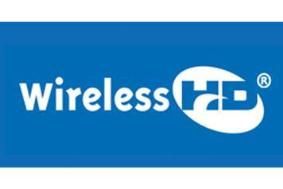 The WirelessHD consortium has just announced an expansion of the capabilities of its 60GHz transmission system, adding greater resolution, 3D, higher data rates and support for portable devices, and chip-makers have developed smaller, more energy-efficient transmitter and receiver devices, making wireless simpler to implement in a wide range of products.

It's expected many companies will be showing WirelessHD-capable hardware at CES, and Panasonic has already established its own in-house test facility to ensure compliance and interoperability.

WirelessHD Consortium chairman John Marshall says that "The dramatic increase in maximum speed achieved in the next generation of the WirelessHD specification will enable WirelessHD to stay far ahead of the bandwidth demands of future high definition source and display devices.

"As the de facto standard digital interface for the high definition and consumer electronics markets, WirelessHD is implementing the most innovative technologies today to fulfill the demands of tomorrow's consumers."

We have meetings planned with the WirelessHD Consortium later in the week at CES: watch this space for more information.