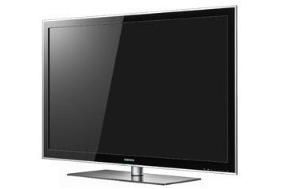 Here's the lowdown on what you can expect to see in the coming months:

TVs of all types
First up, there's a brand new line-up of LED TVs – the 6000, 7000, and 8000 Series. All the sets have Samsung's Motion Plus picture enhancement technology.

The 8000 Series boast a 200Hz refresh rate, the TVs in the other two ranges are all 100Hz. Other features of the new LED ranges include USB connectivity, DLNA certification, super-slim design and low power consumption

Samsung's new LCD TVs are led by the Series 7 range. They feature a new floating Crystal TV design, a 200Hz refresh rate and 200Hz Motion Plus technology. The sets are available in 40, 46 and 52-inch screen sizes.

On the plasma TV front, Samsung has rolled out Series 8 and Series 6 sets. At only 3cm thick, Samsung claims they're the world's slimmest 1080p plasma TVs. As with the new LCD TVs mentioned above, the plasma TVs have Internet@TV functionality.

Samsung has also unveiled a more traditional-looking deck in the form of the BD-P3600. Both players are Profile 2.0 enabled and, of course, can output a 1080p/24fps Blu-ray picture. They each have an Ethernet connection, dual USB inputs and 1GB of internal Flash Memory.

Both disc-spinners can bitstream or internally decode high-definition audio formats such as Dolby TrueHD and DTS-HD Master Audio, with the BD-P3600 benefitting from a set of eight-channel analogue outputs.

The HT-BD8200 is a Blu-ray sound bar with wireless subwoofer. Only 2.6 inches deep, it's designed to complement Samsung's snazzy Crystal TV design. You can connect external devices through the system's USB input or via its integrated Bluetooth connectivity, and you also get an iPod dock thrown in for free!

The HT-BD7200 is a 2.1 channel Blu-ray system with 400W of power, new amplifier technology and a super-quick boot up time. In an interesting twist, the system's speakers feature cones made from kelp! Finally, the HT-BD1250 is a 5.1 set-up that uses the same kelp cones and amplifier technology.

New multimedia player
Samsung a new multimedia player in the shape of the P3. It has a 3-inch screen, a touch-sensitive interface complete with haptic feedback and is fully compatible with files downloaded from the BBC's iPlayer. You'll be able to choose between 8GB and 16GB versions.

Tomorrow, we're off to get some hands-on with the actual products and a peek at Samsung's new range of projectors. We'll fill in any gaps as soon as we have the info!