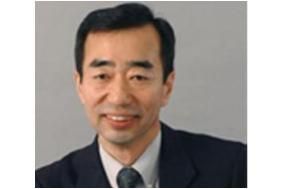 And the reality of high-definition, 1080p 3D TV in your home may not be as far off as you think.

"We don't think Full HD 3D TV for the home is that far away," says Yamada. "In fact, we will have a working 3D authoring system operational by the beginning of February this year, and hope to begin 3D TV production in 2010."

That's a bold claim, but Panasonic today showed its working 103in plasma 3D HDTV here at CES. It uses a Panasonic Blu-ray player to feed the screen, and creates three-dimensional Full HD pictures from the separate left- and right-side images recorded on to a Blu-ray disc. The viewer has to wear a special pair of 3D glasses to see the effect.

The system was first unveiled at CEATEC in Japan last October, but this is the first time it has been seen outside its home country.

However, before 3D TV becomes a commercial reality, there are one or two big hurdles to overcome. Panasonic still has to agree an industry standard for 3D Full HD with rival manufacturers and the film studios.

That said, the company is confident that 3D titles will be available in 2010.

To that end Panasonic's Hollywood Labs are working with James Cameron, director of Titanic, to produce a 3D version of his next movie, Avatar, due out on December 18th.

"I'm convinced that in the future 3D is the way people will watch films, their TVs and PCs," says Cameron.

We're due to have a hands-on demo of the system tomorrow, so will bring you more information and pictures as sson as we've seen it.