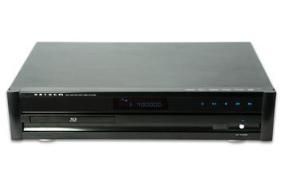 Key features include an ultra-fast loading time, 1GB of built-in memory and an Ethernet port for connecting to the web to take advantage of BD Live content. But it's not 3D compatible.

It will upscale standard-definition discs to 1080p via HDMI, supports Deep Colour, x.v.Colour and AVCHD, is fully compatible with 24fps (frames per second) playback and features audio decoding and bitstream output for Dolby Digital Plus, Dolby TrueHD and DTS-HD.

Perhaps more importantly for owners of Anthem kit, the internal de-interlacing can be bypassed so the video processing can be handled by Anthem's AVM50v and Statement D2v AV processors.