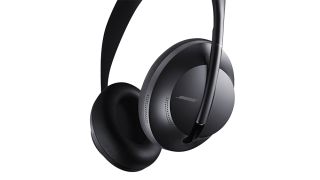 Bose has opened pre-orders for its latest pair of premium noise-cancelling wireless headphones, as spotted by 9to5Mac.

The £349.95/$399.95 Bose Noise Cancelling Headphones 700 appear to stray from the QuietComfort branding that Bose has become so renowned for in the noise-cancelling headphone market since the first pair arrived in 2006. And this raises the question: is this the end of the 13-year-old Bose QuietComfort range?

Bose certainly seems keen to usher in a new breed of headphone here. The 700s, which will exist alongside the five-star QC35 II model introduced in 2018, not only ditches the name but also the (admittedly dated) aesthetic, bringing it bang up to date with a strikingly more modish look. And we have to say, we like it very much.

Many of the features are recognisable: Bluetooth and noise-cancellation, naturally, as well as a 20-hour battery life and optimisation for the Google Assistant and Amazon Alexa voice control.

Despite the consistent success of the QuietComfort models over the years, Bose is clearly aware of the increasing competition from the likes of Sony and Sennheiser, the former of which picked up the What Hi-Fi? 2018 Award in the category for its class-leading WH-1000XM3.

Bose claims it has improved upon its noise-cancelling tech, which, as we said in our QC35 II review, "has always been at the forefront of silencing constant rumbles or hums".

The Bose Noise Cancelling Headphones 700 – a bit of a mouthful – use a four-microphone system with 11 increments of noise-cancellation to choose from. For quick interruptions, such as a crew cabin announcement or interrupting co-worker, a Conversation Mode button can be pressed to pause the music and let surrounding noise in.

Bose has outlined the differences between the new 700 headphones and the QC35 IIs, claiming the Noise Cancelling Headphones 700 feature a brand-new acoustic design to achieve slightly better noise cancelling while also allowing you to transition from full isolation to full transparency.

Another key improvement is said to be the adaptive four-microphone system that automatically adapts to your environment, isolating your voice from competing noises so that you can take a call or talk to your voice assistant. And a new touch interface provides intuitive gesture-based controls.

Stateside, pre-orders for the Bose Noise Cancelling Headphones 700 are open now, with shipping beginning on 20th June. We can expect UK and Europe pre-orders to follow shortly.