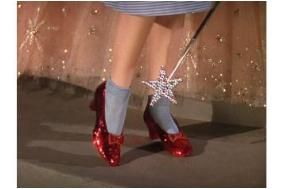 22 years ago we saw the first footage of the wreck of RMS Titanic, and James Cameron probably had a bright idea, while in 1941 Martha Reeves - of 'and the Vandellas' fame - was born in Detroit.

Oh, and it's less than a week until the new issue of the magazine hits the shops - more on that next week.

Meanwhile back on whathifi.com, we've:

- Brought you exclusive reviews of Sony's STR-DG820 receiver, the Samsung PS50A556 50in plasma TV and Bowers and Wilkins' Jaguar XF sound system
- Told you about Arcam's replacement for its A70 amplifier
- Tuned in to Eurosport HD
- And tweaked the site, restoring the hi-fi blogs channel

This week we've been debating AV receivers for music, whether or not we need the 80GB PlayStation 3 and the new Metallica album.