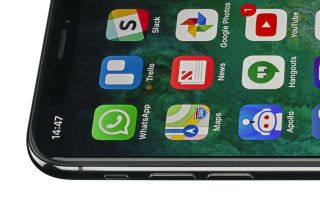 It’s no secret that Apple isn’t entirely self-reliant when it comes to production. While the Cupertino giant produces its own processing chips for the iPhone, Samsung is behind the OLED screen in the iPhone X, and LG Display currently makes the Apple Watch screen.

But according to Bloomberg, Apple is now looking to produce its own device displays for the first time - much to the dismay of Samsung and LG, we imagine. And it seems those displays could utilize MicroLED technology. Ring a bell? Samsung has already made waves with the panel technology, confirming its first MicroLED TV – ‘The Wall’ – will be available to buy this summer.

Like OLED, MicroLED is a self-emitting display technology that promises to allow devices to be slimmer, with improved contrast and colour reproduction. It's comprised of quantum dots positioned on top of self-emissive diodes, with micro pixels and micro (less than 1mm) pixel spacing. The drawback is it's an involved and expensive technology to produce.

While Apple has reportedly spent years on the project, Bloomberg’s anonymous sources say the technology is now “at an advanced stage”. They claim the tech is being tested in a ‘secret manufacturing facility’ near Apple's California headquarters and that last year Apple successfully manufactured a MicroLED screen for a future generation of Apple Watch.

Whether we'll see the first Apple device to feature the tech in 2018 remains to be seen.