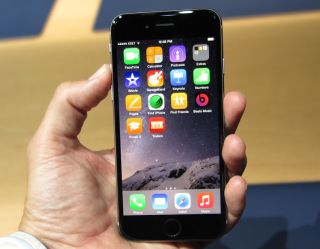 Huge growth in iPhone sales brought in a record $51 billion revenue from phone sales alone, with the launch of the iPhone 6 and iPhone 6S helping Apple shift over 74 million units.

Apple reported iPad sales of 21.4 million for the same quarter (Q1 2015), bringing in just under $9 billion in revenue. These iPad figures were down on the previous year, however - a drop of 18 per cent in units sold and 22 per cent in revenue.

Revenue from "iPod, Apple TV, Beats Electronics" and other accessories came in at $2.7 billion, down five per cent year-on-year.

The total Apple quarterly revenue of $74.6 billion represented an overall year-on-year increase of 30 per cent, and is Apple's highest-ever recorded revenue. Accordingly, Apple also posted a record quarterly-net-profit of $18 billion.

Apple also revealed it now has $19.5 billion in "cash and cash equivalents" tucked-away in reserve.

Tim Cook, Apple’s CEO, said: "We’d like to thank our customers for an incredible quarter, which saw demand for Apple products soar to an all-time high. Our revenue grew 30 per cent over last year to $74.6 billion, and the execution by our teams to achieve these results was simply phenomenal."