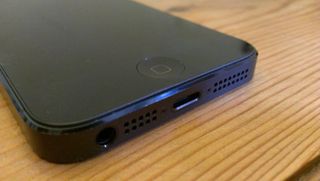 Apple has released its sales and revenue figures for its fiscal third quarter, beating analysts expectations thanks to a record 31.2 million iPhone sales.

But while iPhone sales figures were the best of any Apple Q3 in history, iPad, iPod and Mac sales were all down in terms of units sold and revenue both year-on-year and compared to Q2 2013.

Apple iPhone sales were once again the success story, with the 31.2 million iPhones sold a record for Apple's Q3, up 20% y-o-y in terms of unit sales and 15% in terms of revenue.

This indicates a decrease in the average price of iPhone sold, reflecting a relatively strong quarter for previous iPhone models compared to the newest iPhone 5.

Apple sold 14.6 million iPads, compared to 17m over the same period in 2012, with unit sales down 14% and iPad revenue down 27%. However, there have been no new iPads this year, compared to three new models, including the iPad Mini, in 2012.

The good ol' iPod, relegated to a side note in the announcement, saw unit sales slump 32% y-o-y (31% by revenue) as phones and tablets continue to replace portable media players as the music machines of choice for more and more people.

Tim Cook, Apple CEO, said the company was "especially proud" of the iPhone sales figures and revealed Apple was "working hard on some amazing new products that we will introduce in the fall and across 2014".

Apple is predicting revenue between $34 and $37 billion for this next quarter, the latter figure looking likely to be closer to the mark if a new iPhone is launched, as widely expected.