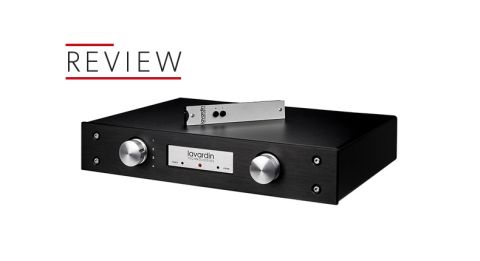 The ISx Reference is an unassuming amplifier that delivers superlative sound at the money.

Lavardin must be one of hi-fi’s best-kept secrets. Never heard of it? We don’t blame you. It’s a tiny French company that specialises in amplification, making a small range of one-box and pre/power combinations.

The company hardly ever changes its products, making just a couple of revisions to its range over the last two decades. That kind of approach hardly makes a ripple in an industry that’s used to rapid product reinventions and is always frantically searching for the ‘Next Big Thing’.

Another reason for Lavardin’s under-the-radar existence is the company’s products barely conform to any of the usual high-end norms.

They’re just plain, usually black, relatively slim boxes with no more aura of luxury about them than your typical grand’s-worth of electronics.

On a more practical level, they’re simple to use and actively discourage the use of exotic cables and supports. But most of all they are about sound quality, in which they tend to set a standard that few high-end alternatives can approach.

The ISx Reference is the step-up integrated in the company’s line-up. It’s the latest version of a design that has hardly changed over the last 20 years.

Lavardin claims the lack of activity is due to the original being so good rather than any lack of ambition on the engineering team’s part. Of course.

Normally we would scoff at such claims, but in this case we can testify the original (called the IS Reference) was indeed a superlative product - and Lavardin can point to a survey where 99.2% of owners were totally happy with the product and didn’t want the company to change anything.

So how does a company improve a product like that? Very carefully, it seems.

The most obvious differences between the two generations of IS Reference are the addition of a silver plate on the front panel and the availability of remote control. Even hardcore purists (it seems) will no longer put up with having to getting up from their favourite chair for every change of volume level.

Here it’s (fairly scandalously) an optional extra that will cost you a hefty £380. For that sum you get a slim metal handset with just two buttons – volume up and volume down. We have no issue with such simplicity, as that’s all our amplifier’s control usually gets used for. But we'd like to know why it isn't just included with the purchase price as a matter of course.

And we do object to the poor finish of the handset. Its silver front panel’s edges feel more the work of a GCSE metalwork class than the £380 product of an established high-end company.

The audio circuitry has had an overhaul to improve on all aspects of the performance without spoiling the things that made the original so good.

Lavardin is rather sketchy about the details, but the company continues to strive to minimise what it calls Memory Distortion in its circuitry.

Lavardin claims Memory Distortion is a major problem in transistor-based circuits, and leads to the hardness and lack of fluidity many still hear in such designs. The lack of such distortion – caused by electrons leaving a trail in the silicon, Lavardin says – is one of the reasons why the valve-sound still appeals to many.

The company claims its circuits minimise the effect and deliver an ideal mix of valve and transistors signatures. That’s quite some claim.

The ISx Reference, like other Lavardin amplifiers we’ve tested, is unusual in in the demands it makes of support and cabling.

These products sound best on wooden shelves – the company claims thick plywood supports are optimal – and with basic multi-strand copper cable. The company offers (pricey) dedicated cables that look ordinary in the extreme but do the job very well.

The amplifier’s feature list is rather short. There are four line level inputs - that number goes down to three if you have the optional phono stage fitted. There’s also a tape output, a single set of stereo speaker connections and… well, that’s it.

We would have liked a headphone output, but beyond that,we still think this stripped-down amplifier will fit comfortably into all but the most complex of stereo systems.

Once up and running, this amplifier needs just 10 minutes or so to come on song. When it does, the ISx Reference sounds exquisite. It’s a fast and fluid performer that resolves a mountain of fine detail, organising it brilliantly.

Listen to George Michael’s Patience and the unit has no trouble unravelling the dense production. Each instrumental strand is free to flow without being disturbed or overshadowed by louder or more prominent sounds.

We’re impressed by the agile and articulate way it delivers Michael’s vocals, particularly on an emotionally charged track such as My Mother Had a Brother.

There’s so much refinement here, but it isn’t bought by rounding off treble bite or adding richness to the bass. It’s subtler than that. The ISx Reference is crisp but sweet with it, sounding precise and informative without ever hinting at over-analysis.

It times brilliantly too, making the most of the interplay of instruments while conveying the changing momentum of the music superbly. This quality comes to the fore when we listen to Stravinsky’s The Rite of Spring, where the Lavardin brims with drama and excitement.

Stereo imaging is lovely and precise: the Reference has one of the most spacious and uncluttered presentations we’ve heard. Its dynamics are strong and rendered with enthusiasm, though there’s only so far 50W per channel can go when it comes to delivering scale or the full force of music.

Push too hard and the amplifier’s sound loses its impressive separation and starts to clog up.

Our review sample has the optional moving-magnet phonostage, which costs £550. We’re pleased to report the Lavardin loses little of its sparkle through this input. Nick Cave’s The Boatman's Call comes through with all the grit, wit and passion it deserves.

Into My Arms sounds full-bodied and warm, and is delivered with a gently flowing momentum that makes it easy to get lost in the music.

There’s everything we would want here, with a lovely organic quality to the dynamics combined with delicacy and bite on Cave’s gravelly vocals. It keeps us listening for hours on end.

There are more glamorous alternatives available for this kind of money, yet if you put sound quality first we can’t think of any that can match this Lavardin.

See all our Lavardin reviews