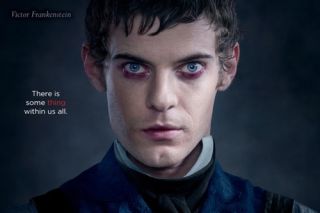 The Mountain and The Viper. It's the match we've been waiting for all series: Prince Oberyn Martell (the Red Viper) goes up against Ser Gregor Clegane (the Mountain) in an epic battle to the death. Oberyn isn't fighting just for Tyrion Lannister's life; he wants revenge for his murdered sister and her children.

Let's hope the Viper wins this round, or it may be the end for our favourite Lannister.

Chris Pine is the latest face of Tom Clancy's CIA agent, and he's joined by Keira Knightley, Kenneth Branagh and Kevin Costner in a world where the Russians are the bad guys again. While not revolutionising the action genre, it's a fun and fast-paced film that's watchable thanks to the actors on board.

Stallone and De Niro milk the geriatric genre and punch each other for your delight. It's a predictable and rather shallow film, but there are a few laughs along the way and there's some nostalgic value to seeing these guys in the ring one more time.

Resurrection. We get to delve a little deeper into the characters' origin stories this episode, and it's Dr Frankenstein who gets the spotlight tonight. The show largely sticks to Mary Shelley's familiar gothic story, and Viktor comes face to face with his shunned creation.

Elsewhere, they encounter a vampire's servant with a taste for raw meat and Vanessa has a vision of Mina Murray – could this be paving the way for Dracula's entrance?

Mukozuke. When a member of the BAU is The Ripper's latest victim, Will decides to avenge his friend. Will he go through with his plan to kill Hannibal, thus becoming the killer the Hannibal wants him to be?

To Hound Nature in Her Wandering. Sarah follows a trail that might lead her to the origins of the clone experiment, but she'll have to team up with an unlikely ally to get her answers.

With Cosima's treatment, Felix and Art digging through clues, Alison's rehab stint, and Paul and the Prolethean's jaunts, it's a dizzyingly dense episode. But the highlight has to be the road trip sing-a-long between two of the clones.

4:00om to 5:00pm. After last week's revelation and attack, the premiers of the UK and USA are having trust issues. As one of them tries to take matters into his own hands, Jack puts in motion a dangerous plan to locate Margot.

Veritas & For Better or Worse.

it's the two-part series six finale, and Detective Kate Beckett is a busy woman. Not only does she get framed for murder when investigating her mother's case, but it's also her wedding day.

Castle had better clear his bride-to-be's name in time for her to don that gorgeous dress and walk down the aisle – will the crazy couple finally have their happily ever after?

Or, as is traditional with Castle finales, will tragedy strike again?

Beginning of the End. It's the grand finale of the Marvel show, with Coulson and his team putting everything on the line to stop Hydra's forces. Secrets are revealed, lives and relationships are put at risk, guest cameos pop up – it's a thrilling end, and we're glad there's a second series on the horizon.

Profiling 101. Rossi and his team present a group of college students with a case that spans 20 years: the search for the longest-running serial killer. Can fresh blood put new insight into the case and help catch the elusive murderer?

It's the big finale of the Isle of Man TT races: the Senior TT. Riders on their 1000cc machines must tackle six laps of the fearsome 37.7-mile Mountain Course.

It's the live final of the yearly talent show, and while it may be a tried and tested formula, there are still acts and performances that delight and entertain on a Saturday night.

And right after the BGT final, we've got yet another spectacle: England's last World Cup warm-up match against Honduras in Miami. Not long to go now...

The Canadian Grand Prix. We love the Canadian Grand Prix. The marina circuit is stunning enough to rival Monaco, and the track always offers an exciting race. Sebastian Vettel may have won last year, but it's Lewis Hamilton who's had more success here. Will it be another win for Hamilton, or will teammate and rival Nico Rosberg get the better of him for top spot on that podium?

An endearing and funny throwback to the 80s and 90s teen films, Adventureland is about a high school graduate whose plans to go to an Ivy League school in New York is scuppered when his parents fall into financial difficulties.

Taking up a summer job at his local amusement park isn't his ideal career plan, but things start to look up when he falls for his witty co-worker. Starring Jesse Eisenberg, Kristen Stewart, Ryan Reynolds and Kristen Wiig.