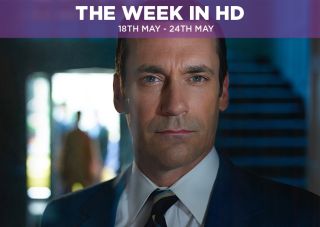 Based on true-life events, Steve Carrell puts in one of his more serious performances as John du Pont, whose relationship with wrestling brothers Mark and Dave Schultz ended in tragedy and notoriety.

Needing a trainer for his new wrestling team, du Pont invites Mark (Channing Tatum) to join him at his newly-built wrestling base, Foxcatcher. Mark joins, hoping the role will take him out of the shadow of his brother Dave (the fantastic Mark Ruffalo).

But when things go wrong, du Pont asks Dave to join and Mark feels resentment. Fractures form between the three men, leading to the tragic events that cast a pall over the film.

Foxcatcher is a cold and ominous film that's almost more horror than drama. It won't be for everyone, but it's a finely acted tale about ego, power and jealousy.

Buy Foxcatcher on Blu-ray at Amazon

A Most Violent Year

Jessica Chastain and Oscar Isaac star in this 'crime thriller' with a title that's a little misleading.

Taking place in New York City, 1981, the title actually refers to the number of crimes committed in the city that year. The story follows Isaac's immigrant Abel who operates a heating-oil delivery business whose transport vehicles are being robbed.

Targeted by the D.A. for possible financial irregularities, Abel wants to solve his problems without resorting to violence, but finds himself having to compromise while being sucked into the dangerous, criminal establishment which his wife Anna (Jessica Chastain) has ties to.

Essentially a morality play, A Most Violent Year may not excite like other flashier crime films, but if you take it on its own merits, it's engrossing.

Buy A Most Violent Year on Blu-ray at Amazon

Orange is the New Black - Series 2

A second series that improves upon the first, it still suffers from a slow start but consistently excels once it kicks into gear. Piper (Taylor Schilling) has to deal with her deteriorating relastionship with fiancé Larry (Jason Biggs) and her former girlfriend Alex Vause (Laura Prepon), who may have sold her out.

A season that delves further into the lives of several characters, there's more of interest here - leading to a more satisfying series.

Here's hoping for more of the same when series three hits our screens in a few weeks' time.

The Anvil or The Hammer. As Gotham races towards its first series finale, the Penguin's masterplan to initiate gang war is finally put in place. Oswald's transformation into the Penguin has been Gotham's highest point, with Nygma/Riddler coming in a close, but very late, second.

Meanwhile, the Ogre has managed to sink his claws into Barbara - will she turn on Jim next week?

Unbowed, Unbent, Unbroken. Arya discovers the secrets of the Faceless Men, while a dragon egg's throw away, Tyrion and Ser Jorah (who are yet to be on chatty terms) run into slavers on their way to Daenerys.

Jaime and Bronn arrive at Highgarden just as the Sand Snakes attack, but it's with Sansa that our hearts lie - her third wedding (this time to the cretinous Ramsay Bolton) looks like it'll be her worst yet.

Rogue Air. Barry calls in for some help after he's forced to strike an alliance with Captain Cold. That name will never not be silly.

False Imposition. Luscious attempts to lure a singer away from a rival label, while Jamal works on producing original music. Naomi Campbell returns to guest star as Camilla Marks.

The Nightcomers. We had a Vanessa-centric flashback episode in the last series, and it was easily the most interesting episode of Penny Dreadful yet. And now we have another.

Not only is tonight's flashback once again about Vanessa, but it also features Broadway legend Patti LuPone as the Cut-Wife who taught Vanessa how to use her powers.

Chapter Five. Jane gets pretty angry this week when Xiomara decides she needs space, leaving Jane to move in with Michael.

Drive. When we last saw them, Castle and Beckett were all set for their wedding day. Then Castle got hit by a car, and disappeared for two months.

As series seven opens, Beckett has to figure out whether the man she loves was truly kidnapped, or if he staged his own kidnapping. And if so, why?

Noah and Allison meet again at a party in the Hamptons, while things get a bit complicated when Noah's son tries to get a job at Cole's - which happens to be the ranch owned by Allison's husband.

An ex-jewel thief with dementia gets a robot butler as a gift. After introducing the robot to his criminal ways, an unusual partners-in-crime relationship develops.

Buy Robot and Frank on Blu-ray at Amazon

Don't Discuss Your Life Before. Why are the residents of Wayward Pines so interested in answering their phones? Perhaps they've got minutes on their contracts to use up.

Ethan Burke finds the answer to that question while he continues to search for clues about the death of his colleague. There's something going on in this 'ere town...

Person to Person. And so we're here. Eight years after it started, eight award-winning, consistently good years. We'll finally have to say goodbye to that opening music, the 60s fashion, the slick and swaggering world of advertising, all that smoking, and the 10am whiskey drinking.

By the time you read this, this episode will have aired in the US, so spoilers ahoy.

In any case Person to Person should wrap up the storylines of Don Draper and Co in what's sure to be an emotion-filled hour of TV. It could also herald a new start for a few of the characters.

The Dirty Half Dozen. It's S.H.I.E.L.D. vs Hydra once more, with added tie-ins with Avengers: Age of Ultron - it sounds like a blast. Skye pops in with her new powers and new Inhuman friends, while it looks like we might even get the old team back together for one mission.

But how will the peace talks between S.H.I.E.L.D. and Jiaying go down?

Welsh journalist and author Jon Ronson (who wrote the books-turned-into-films Men Who Stare at Goats and Frank) and comedian Cariad Lloyd join Ian Hislop and Paul Merton on the panels tonight to rip into the news, while Frank Skinner hosts.

It's the 60th anniversary of the greatest song competition in the world!

No seriously: Eurovision is a Saturday night worth staying in for. Prepare yourself for a night of cheesy, extravagant acts, more embarrassment for the United Kingdom (Electro Velvet is this year's entry), the return of last year's winner Conchita Wurst, and the most blatant political favouritism this side of the globe. Also, more snarkiness from our host Graham Norton.

As it's a big anniversary year, we're hoping acts from Eurovision's colourful history will make an appearance (such as Finnish rockers Lordi).

Either way, sit yourself down with snacks, bubbles, your favourite social media, and enjoy the glittery show.

How Is Lady Pole? Magic is back in England. Mr Norrell is the celebrated magician, and takes the young Jonathan Strange under his tutelage. But it soon becomes clear that the student is more talented than the master, and sparks fly as egos clash.

Meanwhile, there's something not quite right with the newly resurrected Lady Pole.

Monaco GP: Race. Nico Rosberg stormed home to an easy win in Barcelona, but with Lewis Hamilton looking to reassert his dominance in this year's championship, he can't expect that to happen again.

Rosberg has won the last two Monaco GPs, controversially so last year, after an alleged mistake on his final qualifying lap robbed Hamilton of a chance to complete his own. Expect another tight and tense race around the streets of the principality.

The final week of the 2014-15 season, and with the league title long since won by Chelsea, the focus shifts to the battle to avoid relegation.

Hull, Newcastle and Sunderland are in danger, but with Hull needing all three points to stay up, the cameras head for the KC Stadium for what should be a tense clash with Manchester United.