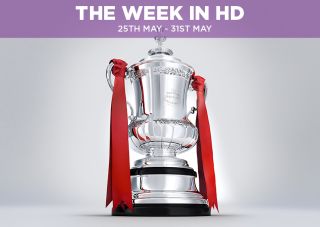 This Disney/Marvel collaboration about a young boy with a knack for technology and the adorable inflatable medical robot is a feast for the eyes.

The Pixar-like warm-hearted story is by turn, a superhero origin story, a revenge story, a story about two brothers, and about Baymax all at once. If it weren't for a slightly uneven tone, Big Hero 6 could easily have gone down as one of the best animated films ever made. Read our review and see for yourself.

A little similar to Sean Penn's Into the Wild, Wild sees Reese Witherspoon's Cheryl undertake a 1,100-mile solo hike to recover from problems in her personal life.

Based on the memoir of the real Cheryl Strayed (with the lengthy title Wild: From Lost to Found on the Pacific Crest Trail), it was touted as an Oscar contender but ultimately fell short. Perhaps it'll find a suitable home on home video.

Buy Wild on Blu-ray at Amazon

Alicia Vikander (Ex Machina) and Kit Harrington star in this adaptation of the World War One book that we can't stop referring to as 'A Testament to Youth'. Just us? Okay, then.

Based on Vera Brittain's memoirs, it tells the story of the war from the female perspective as Brittain overcomes prejudices to help the war effort and experience the destruction of the conflict as well as find love.

Decent reviews suggest it's worth a watch, but the highlight – as is becoming a recent trend – is Vikander's performance that captures Brittain's indefatigable spirit.

Buy Testament of Youth on Blu-ray at Amazon

All Happy Families Are Alike. Gotham city's mob war is in full swing as the first series comes to a close. Fish Mooney is determined to reclaim her stake in the underworld pie, but the Penguin and Maroni have strong reinforcements - it looks like plenty of Gotham's criminals will be six feet under, with or without Jim Gordon's help.

Back at Wayne Manor, Bruce is on the verge of discovering his father's secrets.

The Gift. Named after the region immediately south of The Wall that was given over to the Night's Watch control by the Starks, The Gift has us back with Jon Snow and his newfound alliance with the Wildings - a deal that isn't going down well with the other men.

Sansa attempts to speak to Theon after last week's horrific events, while down in Dorne, Jaime reunites with his daughter.

Fast Enough. It's the series finale, and Barry comes face to face with his nemesis Dr Wells in an attempt to rewrite history. Flash vs Reverse Flash is sure to be a spectacular battle, and a fine one to end a very likable first series on.

Absconded. One of Holmes's beekeeping community members has been found murdered, while Watson and Greg go for an off-the-book investigation.

We think Holmes will be miffed about not being asked to join in, but he's happiest when there's bees and murder.

Evil Spirits in Heavenly Places. As we learn more about the Verbis Diablo relics and their dark and disturbing history, Hecate (Madame Kali's daughter) tries to get her claws into Ethan.

The football season is coming to a conclusion as the Europa League final kicks off in Warsaw. It's Dnipro's first ever-European final while Sevilla is looking to retain the trophy won in dramatic circumstances last year.

Chapter Six. It's not happy times for Jane this week. She meets Rogelio's twin step-daughters who take a dislike to her immediately and try to make her miserable. Well, that's not very nice is it?

Montreal. The team investigates the murder of a toy company CEO, but the real focus is on what happened to Castle in those two months when he disappeared.

Piecing together his jagged memory leads him and Alexis to Montreal, where we get hints of what led him to become a mystery writer in the first place.

Noah and Alison's relationship gets more intimate when they visit the remote Block Island, but they soon come to realise that they can't have everything on their own terms.

Day five of the French Open at Roland Garros should see the second-round matches continue as the obvious contenders look to put down a marker before Wimbledon. Novak Djokovic has been in impressive form beating Roger Federer recently, but this is Rafa Nadal's favourite surface. Don't forget Andy Murray, ticking over nicely as they compete for the second Grand Slam of the year.

Our Town, Our Law. Things err towards confrontation this week as Ethan has another run-in with Sheriff Pope. Despite that, he finds out he has a new home in the town despite his intent to leave Wayward Pines. Is something or someone trying to keep him there?

After last week's shock discovery, Wendy is sent undercover to investigate the new target. But Philip's connections with the IRA and KGB complicate matters - will she be able to buy the team some time before they can move in?

Meanwhile, Joe needs to root out the mole inside MI5 before the leaked information endangers their mission (and lives) even more.

Scars. In a post-Avengers: Age of Ultron world, Gonzales' faction decides to make peace with Coulson's directorship. But a fraught turn of events - lots of teleporting, Kree technology, premonitions, betrayals - means that this stable period may be over. Afterlife's location is no longer a secret, but will Jiaying sit back and let her people be indexed by S.H.I.E.L.D. agents?

War is coming, but whose side is Skye on?

Comedians Sara Pascoe and Andy Hamilton are joined by tonight's guest host Gary Lineker to look back at the week's news and media oddities.

A classic Hitchcockian thriller that's inspired TV shows and been parodied countless times since, Rear Window stars James Stewart as a wheelchair-bound photojournalist who starts spying on his neighbours from the confines of his apartment. His voyeuristic adventures take a dramatic turn when he suspects one of his neighbours of murder - but no one believes him.

Arsenal return to Wembley to defend the trophy they won last year. Aston Villa outplayed Liverpool in the semi-final, then promptly took a 6-1 battering from Southampton, so who knows which Villa will turn up.

Arsenal are the favourites, but it's a cup final – stranger things have happened.

The Education of a Magician. In his quest to grow more powerful, Strange invokes ancient, trouble magic to fend off Napoleon's armies, while Mr Norrell has a hard time keeping his secrets from the two women in his life.