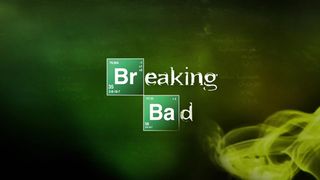 The first half of series five is out on Blu-ray, with Aaron Paul and Bryan Cranston returning to the Emmy Award winning show. With Jesse back on his side, Walt's tranformation into a drug kingpin is a done deal.

As his ruthlessness takes a murderous turn, his DEA brother-in-law launches a new investigation into the meth business. The second part of series five airs later in the year in August.

The Rains of Castamere. It's the night of the infamous Red Wedding: Edmund Tully and Roslin Frey marry, but the whole event takes a brutal turn as the Starks, Lannisters and Freys clash. Expect some shocking deaths.

What a Load of Buzzcocks, 1996. A look back at the key moments of the music quiz show's 17-year history. We start in 1996 when the first show aired, which coincided with the year Take That split up. Hosted by Blur's Alex James.

Coquilles. Hannibal attempts to drive a wedge between Will and Jack, while the team search for a serial killer known as the 'angel-maker'. All preview images of the actual case are far too gruesome, so here's a nice picture of Hannibal throwing a dinner party for the Crawfords (played by real-life couple Laurence Fishburne and Gina Torres).

A Tale of Two Cities. The two cities in question are New York and Los Angeles, but more importantly, the firm gets a much needed name-change, while Joan tries to close a client herself. John Slattery directs.

Episode 19. In the penultimate episode, the three proteges each have to cook up a three-course dish to serve in the grand final tomorrow. All three menus have to reflect the style and teachings of their respective mentors: Michel Roux Jr and classical French; Theo Randall and rustic Italian; and Tim Kitchin and Scottish ingredients in a French style.

Sidecar TT Race 2. Craig Doyle presents highlights from the Isle of Man TT, where the sidecars are tackling the 37-mile mountain course for the second time.

Episode 20. It's the grand final, and the three proteges are being judged not by their mentors, but by their mentor's mentors. The grand mentors are established chefs Albert Roux, Pierre Koffman and Ruth Rogers. The finalists must cook two perfect dishes that show their promise and also reflect the influences of their respective mentors to win the title.

A gaggle of comedy and entertainment stars join together for a night of fundraising and celebrating the work of the Great Ormond Street Hospital. Acts include Adam Hills, Miranda Hart, Alan Carr, Diversity, Warwick Davis and Jack Dee.

The Live Final. Oh go on, it's the last one. Eleven final acts compete one last interminably long time for £250,000 and the chance to perform at the Royal Variety Performance later in the year. Keep an eye out for Hungarian shadow dancers Attraction, who surely have this year's win in the bag.

Live coverage from the race at the Circuit Gilles Villeneuve in Montreal.

Robin Williams plays a satirical comedian who finds himself in the running to be the next US President when he joins as an independent candidate in the name of research for his own TV show. Also stars Christopher Walken, Laura Linney, Jeff Goldblum, Tina Fey, and Amy Poehler.