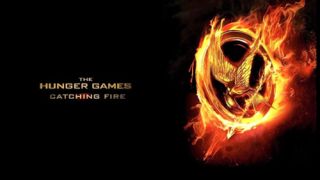 Also, check out our new Twitter account @WHFplaylist for the latest news and reviews of our favourite movies, music, TV shows and games, as well as tasty competitions that you can enter to win some shiny prizes.

And our very first @WHFplaylist competition is the Catching Fire Blu-ray! We have three copies to give away, and all you have to do is RT this tweet for a chance to win – the competition ends today, so make sure you get clicking if you want high-definition dystopia for free.

The sequel to the shocking and brutal Hunger Games sees Katniss (Jennifer Lawrence) and Peeta (Josh Hutcherson) return to the deadly arena, where they once must again fight to the death. But the stakes are higher this time: tyrant President Snow wants to crush the seeds of revolution sowed by Katniss's defiance, who has now become a symbol of hope for all the districts. But can Katniss keep her head down to save the people she loves?

We absolutely adored Reece Shearsmith and Steve Pemberton's collection of gleefully macabre shorts – so much so that we don't even care the six episodes are currently only availabe in DVD-quality. The League of Gentlemen alumni mix their unique brand of seemingly-light comedy with horrific twists and turns to create some of the most inventive and memorable stories we've seen in ages.

We've reached the business end of the season with the final round of knockout matches in taking place this week. Out of the two remaining English challengers Chelsea have the advantage, having scored in the away leg.

They'll want to guard against complacency though, especially after slipping up in the league last week.

This Is The End Sky Movies Premiere HD, 8pm

The cameo at the end makes everything worth it.

Dead Clade Walking. Holmes tackles his newfound status as a sobriety sponsor, while Watson digs out one of Holmes's cold cases...only to find that it's so old it's prehistoric. A rare fossil is the key to solving this ancient mystery.

A must win match for David Moyes after United's mauling at the hands of arch rivals Liverpool. They'll need to perform to heights rarely reached this season if they have any hope of coming back from two goals down.

While we'd never discount United, with the season they're currently having, we aren't sure we'd make them favourites to go through either.

Who Goes There. If you haven't yet, you need to start watching this incredible drama about two detectives and a gruesome murder investigation spanning 17 years.

In 1995, Hart and Cohle investigate a lead that takes them to a biker gang that might be involved in the murders, while in 2012, Cohle's methods to take down the gang are questioned.

The first rule of Fight Club is: you do not talk about Fight Club.

The second rule of Fight Club is: you do not talk about Fight Club.

Three defeats on the trot have not made for the best of times and Spurs fans will be hoping to regain some pride after energy sapping defeats.

They're up against it, though. 3-1 down from the first leg and they're facing a team (underrated we feel) that took Chelsea to the last minute in last season's final.

Endgame. Ava Hessington, played by the regal Michelle Fairley (aka Game of Thrones's Catelyn Stark) goes to trial, while Jessica, Harvey and Donna all get to serve up a meal of sweet, cold revenge.

Under Fire. While tracking down an arsonist who targets run-down buildings, Ryan and Esposito get stuck in one such burned building. Castle and Beckett must work as fast as they can to save the boys before they run out of oxygen, while Jenny goes into labour.

Seeds. Last week, we found out how Coulson was resurrected from his death. This week, we find out a bit more about Skye, and why she might be dangerous. Elsewhere, an Academy student and his friends develop a freeze ray.

Brad Pitt plays a UN employee who must stop the zombie epidemic spreading across the globe. An ambitious and thrilling film, even for those that aren't huge fans of zombies.

James Cameron is the man trusted with creating the sequel to Ridley Scott's original. Sigourney Weaver reprises her role as Ripley, leading a team of jumped-up action-hero-wannabes to the planet where she first met the alien. Except this is a sequel and the title is now plural, which can only mean they find an entire colony of face-huggers.

Big, big, big match in the Premier League with table topping Chelsea hosting Arsenal in the lunchtime kick-off. A Chelsea win and Arsenal will have a small mountain to climb (a hill, duh) if Liverpool and Man City match Chelsea. An Arsenal win will bring them right back into a contention and dent Chelsea's hopes.

So it'll be a draw then.

Cardinal. The Cold War series is back and already turning up the emotional tension. The Jennings worry about protecting their children from their work while Elizabeth answers a distress signal and Philip tries to convince an asset of his loyalty.

Formula 1 returned to our screens last weekend, and this time it's MotoGP's turn. There are new bikes and new drivers this year, which is shaping up to be an interesting season.

Youngest-champ-ever Marc Marquez will be looking to defend his title from Yamaha's Jorge Lorenzo (who came so close last year), as well as from some fresh talent from Moto2: 2013 champion Pol Espargaro and runner-up Scott Redding join the big leagues this year.

Catch the season's first race at the stunning night-time setting of the Losail Circuit, Qatar.

Many have criticised Barca for their 'ordinary' play this season while Madrid have come into form with BBC (Bale, Benzema and Cronaldo) bringing cranes, diggers and eplosives to demolish the opposition. We're hoping for fireworks, a sending off (Sergio Ramos) and some thrikers into the top corner.

The Bear and the Maiden Fair. Jaime Lannister and Brienne of Tarth fight off a bear, while Charles Dance's intimidating loom over King Joffrey is a thing of beauty.